This past week has been a busy one.  I have been working on creating the pattern for the "BOO" Table Runner and am almost done.  I have tested the sewing dimensions of the letters (just not the 36" x 48").  I decided to post the photo of the unquilted top.  I can see many possibilities for modification of the pattern by adding fussy cut novelties around it, or faces in the middle of the letters O!  Using the larger size letter patterns, one can make a wall hanging or throw.  Place the letters so it is read from top to bottom and it can be a banner on the door.
Well, here it is. 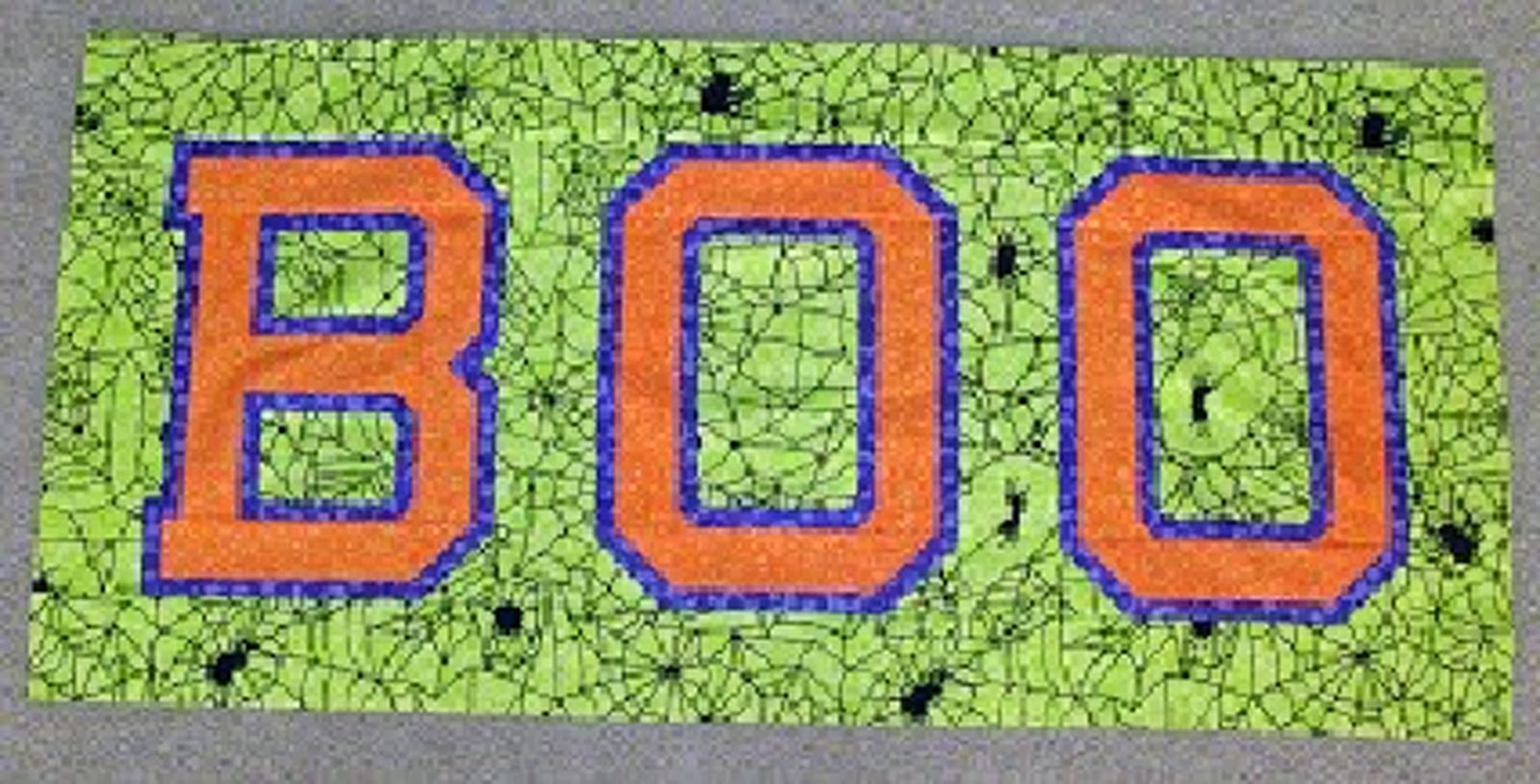 I am working on the letter V next, which leads to LOVE.

To let you see the other patterns, I decided to post them.  These patterns are written with just a few tweaks left to perform.  I am very happy with how this is going.  I embellished the L as an after thought to show some possibilities for people. 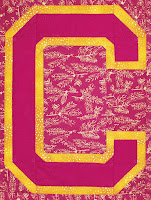 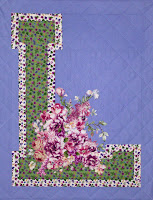 Visit http://www.patterspot.com/ to see some of my other patterns.

I also spent quite a few hours on Friday making Quince jam (more of a paste).  A friend had a bush with 16 small fruits on it and was happy to let me have them.  (About 40 years ago my mother made quince jam from fruit given to my dad.)  I decided to try something with the fruit I was given.  I searched for recipes and discovered that quince can be used in so many delicious sounding items.  The aroma of the fruit was heavenly and I would have been happy to have let them set on the countertop diffusing that pleasant smell;  but, instead, I cut these nearly rock-hard fruits, sliced them into 8ths and cored them.  Each fruit (about 2-1/2" in diameter) had about 30 seeds!  Then began the long process of cooking them for about 2 hrs. until they softened, stirring often, making sure they did not burn.  Then after sieving the pulp, adding 1 cup of sugar for each cup of pulp, cooking that until it thickened, putting the steaming sauce into 4 half pint jars (and one little tiny jar) and cooking in a water bath, I was done.  I now have GOLD!  The other recipes for pies, cakes, candy, etc. all took more time than the jam, so I am happy.  I have enjoyed a little dab on crackers with a small slice of cheese and it is so good--similar to what I think the Spanish recipe for Membrillo and Manchego cheese would taste like (but membrillo took hours to make).