The last few weeks have been void of sewing. I want to get back to sewing. I think I am somewhat prepared to begin again.

As my heading states, I was on an unplanned hiatus. The definition being "a pause or gap in a sequence, series, or process."

Beaquilter posted about her re-organizing achievement. I have needed to organize my sewing area for, can I say years? So I began with a room that accumulated too many things. And I am embarrassed to show this' but all the more to encourage me to organize. 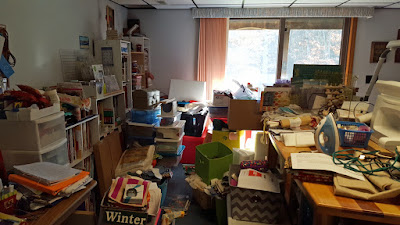 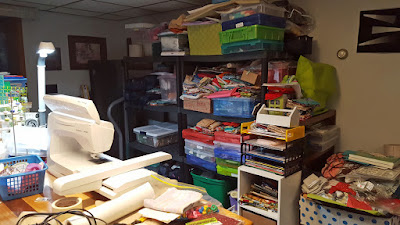 I know my short-comings: too many ideas and projects bouncing around in my head, as well as in my sewing area! I save scraps--those will be going, since every project creates scraps! I have a bit more to tidy up and some boxes to go through, but this is what it looks like now. I am fairly happy that I can sew again. 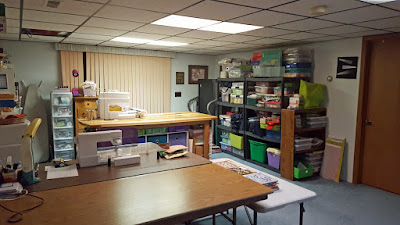 I knew I would have to stop sewing for a week, or maybe more? Yes, it turned into a longer time than I thought. I did have a week's worth of interruption which was also unplanned. Our daughter and son-in-law signed the final papers to become new home owners. They went to the house 30 minutes after signing to find 2 inches of water filled the basement! I packed the car with all I could think we would need for a clean-up and drove the 2.5 hours to get there. My husband came the next day with more tools to help remedy the situation.

This began 2 days before Thanksgiving. She was planning on having both sets of parents for a dinner after they moved out of the apartment. We worked moving them, and on the basement, taking time for a very tasty dinner that our daughter cooked on Thursday. The sump pump had failed before they got the paper signed and they had to discover it! A new pump was put in on Thanksgiving. We were all grateful a store was open that they could purchase it. The guys put it in and it was working well. Here are a few photos of the clean-up. My husband and I stayed until Monday, almost a week. 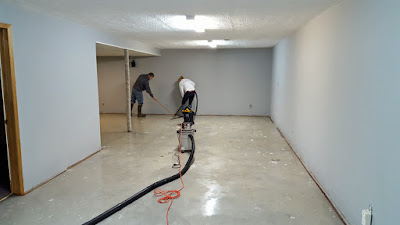 They vacuumed the water that covered the floor. 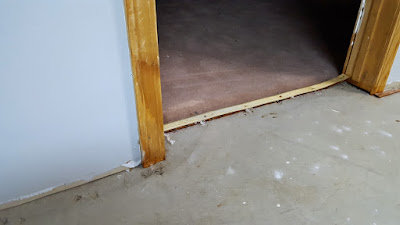 They had to take out the carpet and padding in this one room. Even after they vacuumed it twice, it was still soaking wet. 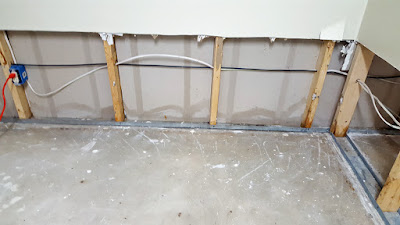 They cut 24 inches of the wallboard out from the floor up because 12 inches had soaked up the water. Opening the walls up helped it dry. They had fans and a small heater to help dry it.

I did get  some sewing done now that I am home. I had some orders for potholders and some reindeer candy holders. 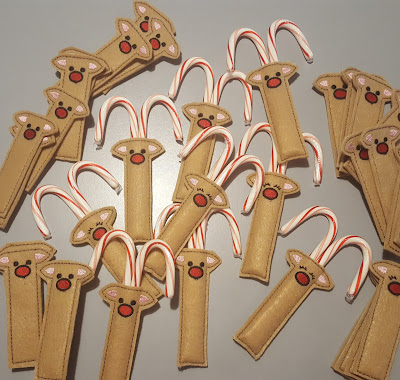 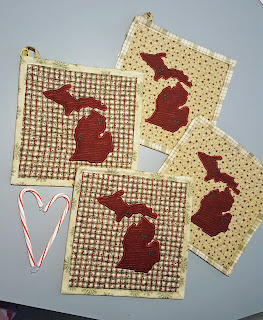 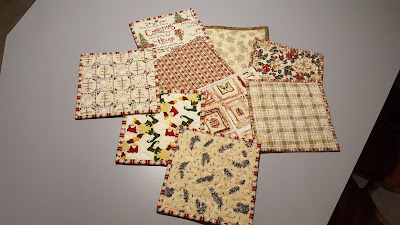 I hope you are having a good week and month!

Your daughter and son in law's basement sounds like a nightmare. Hopefully, now it's well on the way to being sorted out they will have many happy years in their new home. You've done a wonderful job organising your sewing room. Your pot holders look great and I love your reindeer. I hope you get some time, now, to relax and sew in your lovely clear space :)