This past weekend I went to a quilt retreat with 11 other ladies. Some were from the Tall Pine Quilters Guild, some were friends.  It was relaxing and fun and with only 12 of us we had more room than normally is available at a retreat.


It was held at KETTUNEN CENTER in Tustin, Michigan. 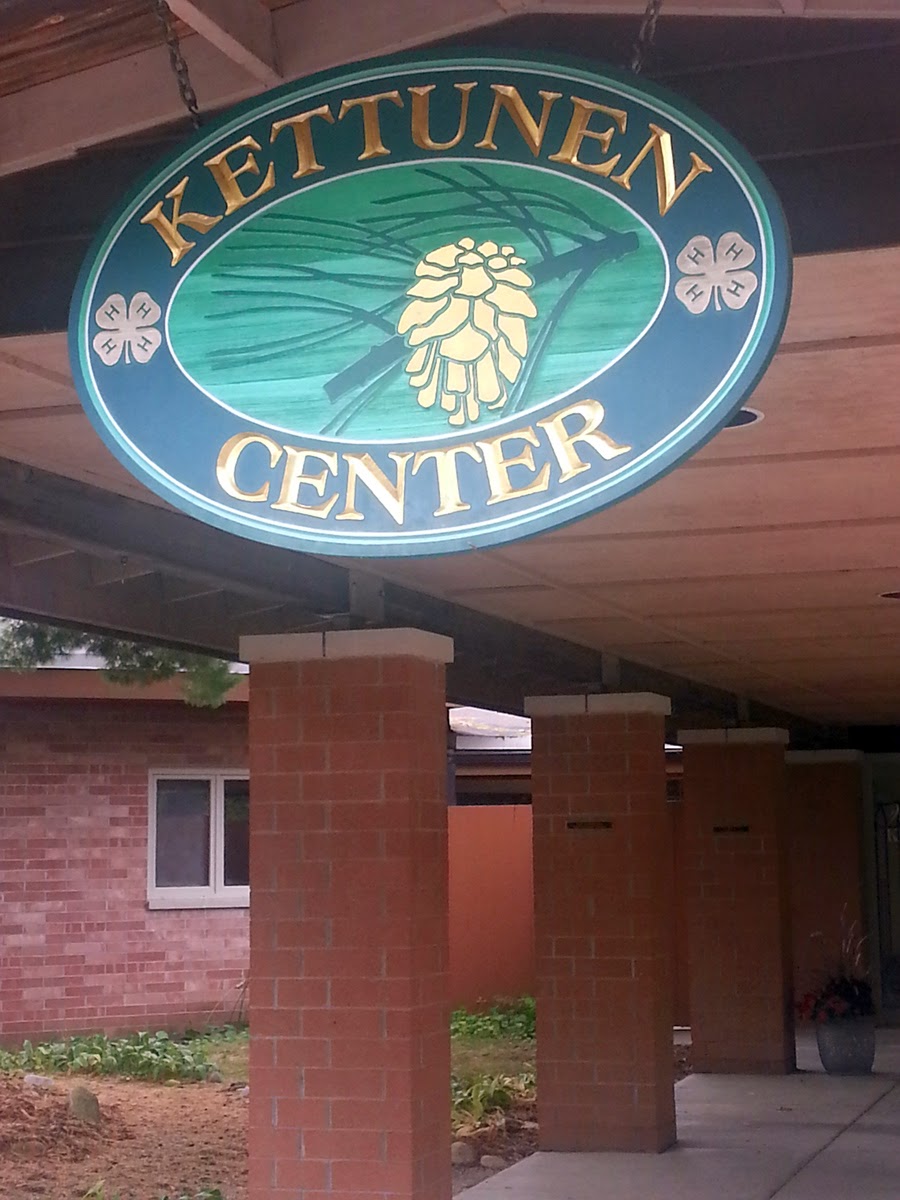 In 2004 I had attended a quilting retreat here with another group. Only two of the other ladies had been here before. It is owned and operated by the Michigan 4-H Foundation. There are 160 acres and a lake and unfortunately it rained while we were there, so we did not get to explore the grounds.

But we did a lot of quilting. I took projects that were nearly complete. I do this when going to retreats because I can bring more items to work on and usually get most of them done. I don't have to cut much more than bindings, backing fabrics or small pieces.

And these are the things I finished:

I sewed bindings on:

Now, for the strangest occurrence at the retreat.

I attended a retreat (at a different place) in the early 2000s, where I supplied a kit and showed the ladies how to make a 3-D flying geese block. Some of them chose to keep their blocks, others combined them to make quilts for auction or giving. While exploring the various areas of the building this weekend, I found a stairway with lovely quilts which had been donated over the years by retreat groups. 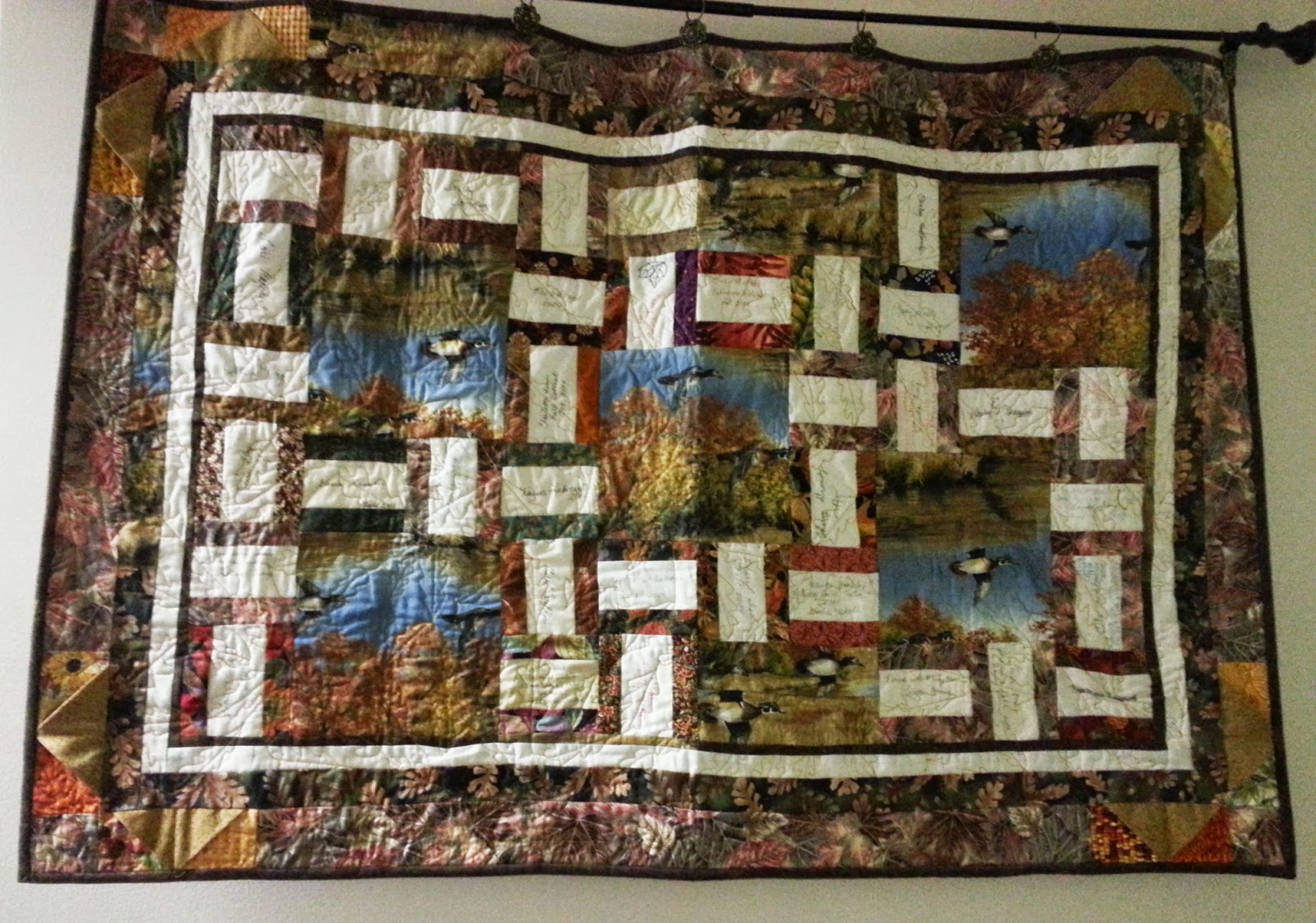 And I found the quilt, shown above, hanging quite high on the wall; but I saw right away the 3-D flying geese made from the fabric I had supplied. And sure enough, when I searched the names, they were the ladies who had been at the retreat when I taught that block. You can see 2 of the blocks in each of the 4 corners. Some of the fabric around the signature blocks have geese flying in them. This quilt was donated to the Kettunun Center in 2008, atleast 4 years after the retreat! I am so happy to see that they used the blocks in the quilt they named:

What do you take to retreats to work on? What kind of quilting retreats do you like to go on?
Have you ever had something from your past show up in an unexpected place?

I love to go on retreats that in a mountain location...LOL!! ALso, I would either bring on big project to finish or like you, a bunch of WIP to finish. Looks like your retreat was very productive.