The art quilt group, Four-in-Art, of which I am a member, has their quilt reveal today.
I finished my quilt as the 11th Hour drew near (at least for me).

I had so many ideas running in my head for the past few months. I took photos of city lights while driving through at night, lights at a baseball game we attended, and many other places. Nothing seemed to strike my creative muse, so I did not start my project early.

I started with one paper piecing idea, but it didn't make me want to finish it. I was going to put 4 of these blocks together. I liked the look of it in the EQ7 program, but I changed colors around and that stopped me. I may go back to this design some day. 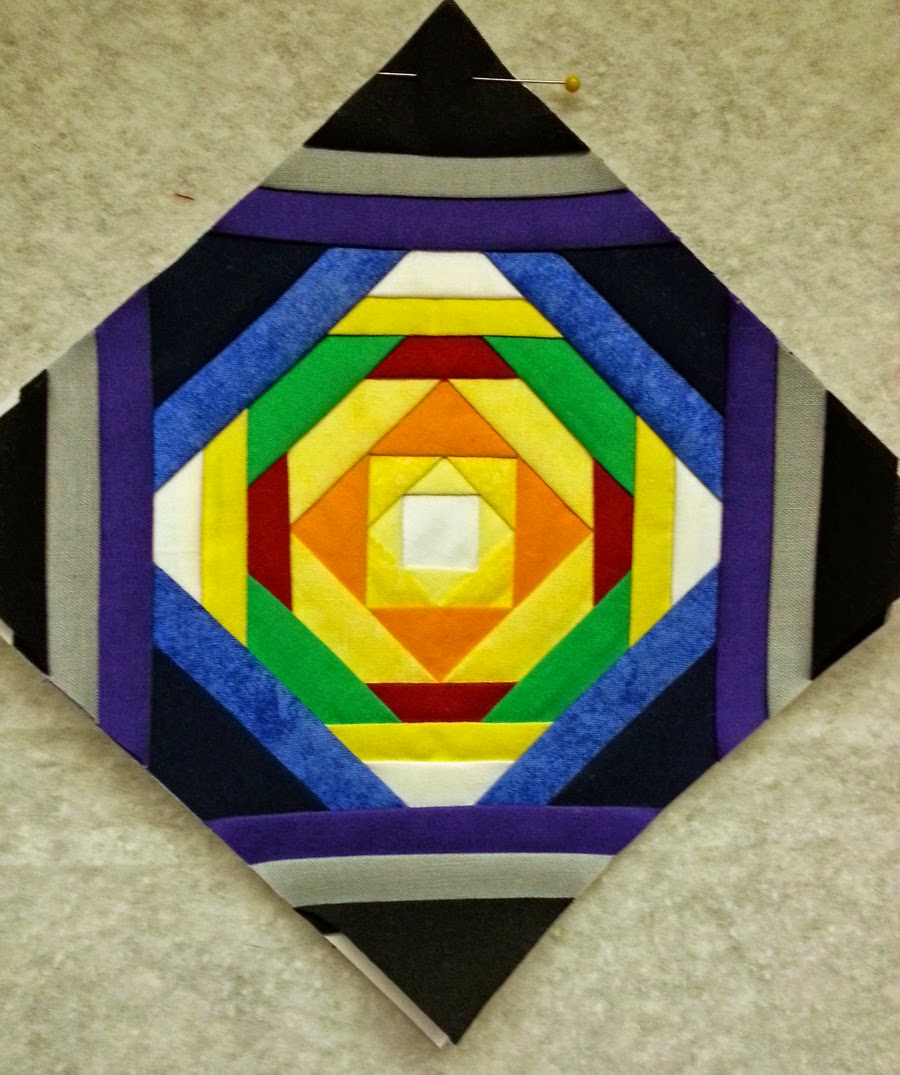 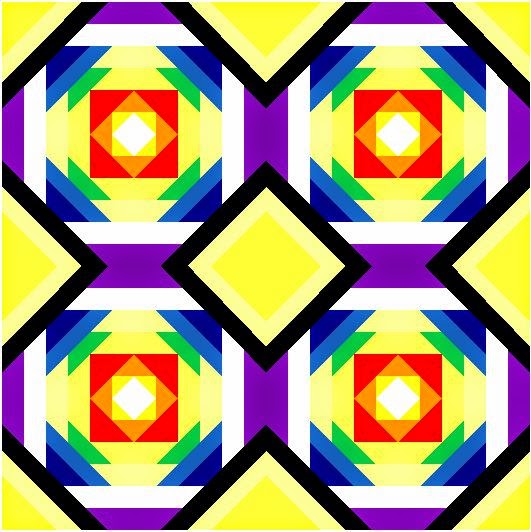 Hexagons interested me. I thought of city lights and realized that during the daytime hours I usually see the yellow, green and red of traffic lights as well as red tail lights when people brake. So I began a traffic light. I thought the small areas of color in the traffic lights looked a bit like hexagons (when I am stopped at a red light). So I tried that and this is as far as I got. They looked more like soccer balls to me.

But at night, lights of all colors seem to blur together-especially when they are farther ahead of me. I began working on some ideas in EQ. I worked with hexagons that represented, to me, the lights I see at night while driving in the city. I liked the first design below,  but chose the second design because there were less hexagons to make. 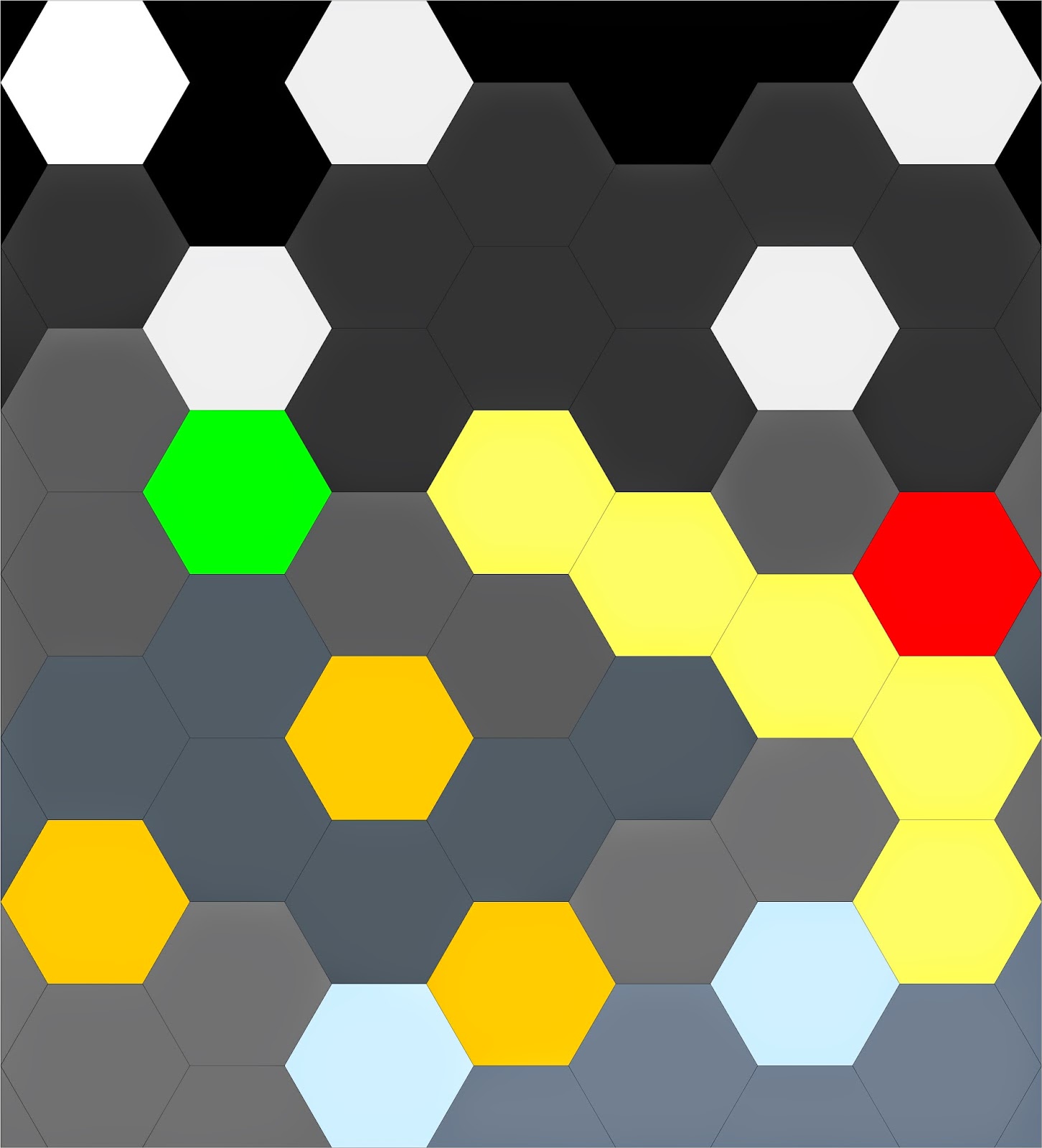 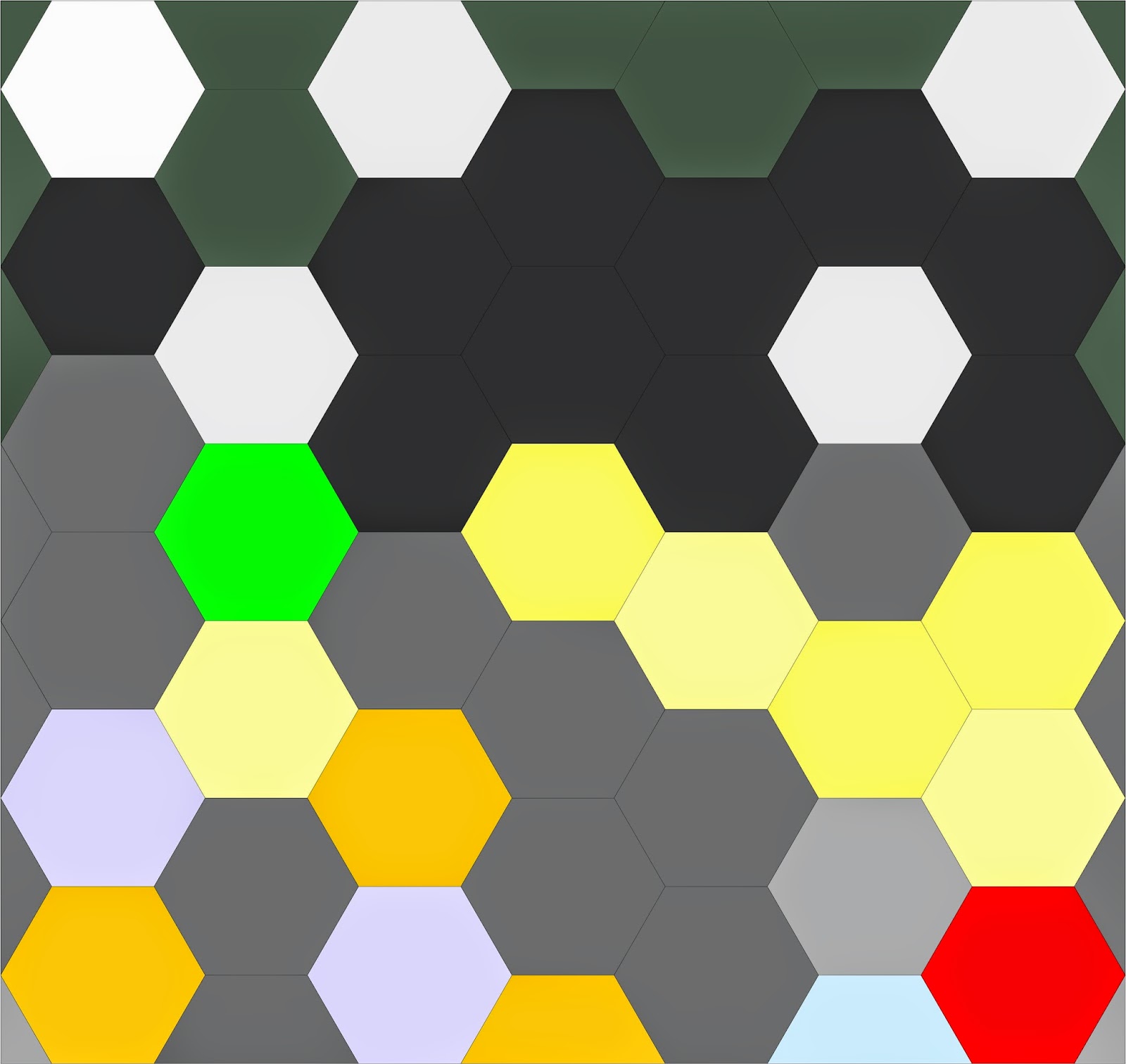 I made a slight change with a border and the red hexie out of the box, so to say. I thought it would draw the eye from the green to the red, thus keeping a bit of my theme of the traffic lights. So, with that explanation, here is my finished 12" x 12" quilt, Urban Lights. 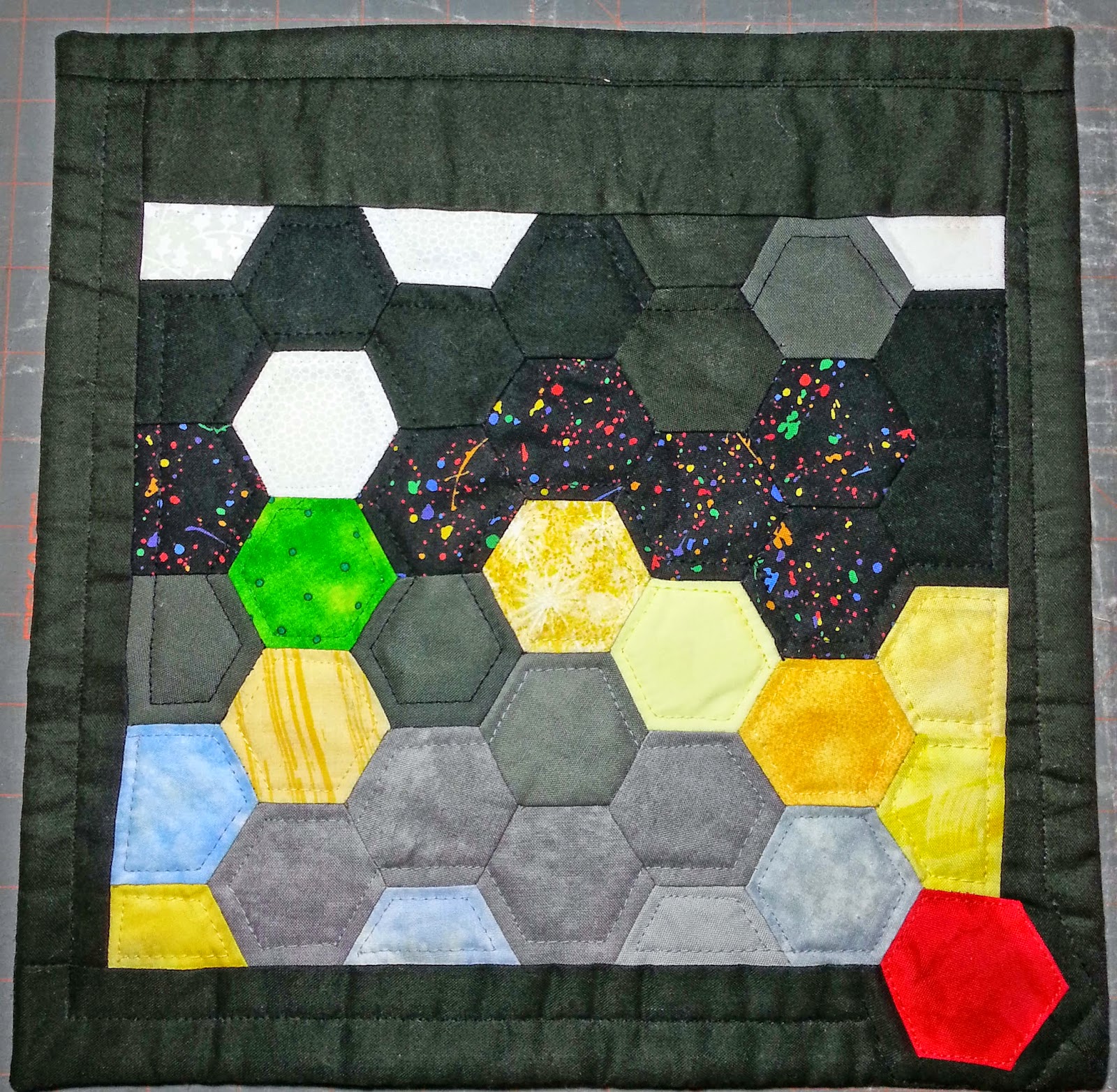 Perhaps your next trip into the city will have you looking at the lights differently.
Thank you for taking the time to visit. Take a look at the blogs and the reveals of the other in the Four-in-Art group:

Anne at Spring Leaf Studios (I left Anne's link out when I posted the other day. Sorry, Anne.)

Nancy, you nailed it! City lights, especially at night, are such a combination of whites and black and especially traffic lights - all twinkling in their own time. That you used hexie as representations (said by a non-hexie girl) is outstanding! Love it!

Nicely done. I like how the hexie stop light was looking too so perhaps you will work that into something some time. The edges seem to expand just the way we see them. I certainly will find myself looking at the blur of lights next time I'm out and think of your mini. Just so you know, I did do this last challenge too though I won't be picking up for the next year. You can see it here. http://www.springleafstudios.com/2014/11/final-four-in-art-mini-lights.html

I agree; that red hexie needed to be moved. Also glad you kept some of that print in the final version.

Wow--you started on three different ones? I should have experimented more, so you are a great example to me of keeping at it until the right project clicks into view.

I had no idea that hexies were also prominent in city lights (and I'll be noticing better next time I'm out) so it is very cool that you went with sort of a pixilated hexagonal design that captures both the shape and the randomness of city lights in their endless variety. I think this little quilt is a stand-out!

I love all the hexies. The randomness of the colors and the one red hexie keep the eye moving. I can totally see how this represents city lights.

Those are all very nice and artistic. :)

very good your posting created a link for you on how to make PaP www.comofazerpap.blogspot.com