Pincushion Swap, W of B, and Recent Projects

The mailcarrier came to the door this morning and I was so excited! My daughter got a book that she ordered which would not fit in the mailbox. But, on the top of the stack of mail was a small package with a foreign stamps and a declaration sticker! It came from Norway!

It was my pincushion from my swap partner, Turid. And how cute it is--in my favorite colors! 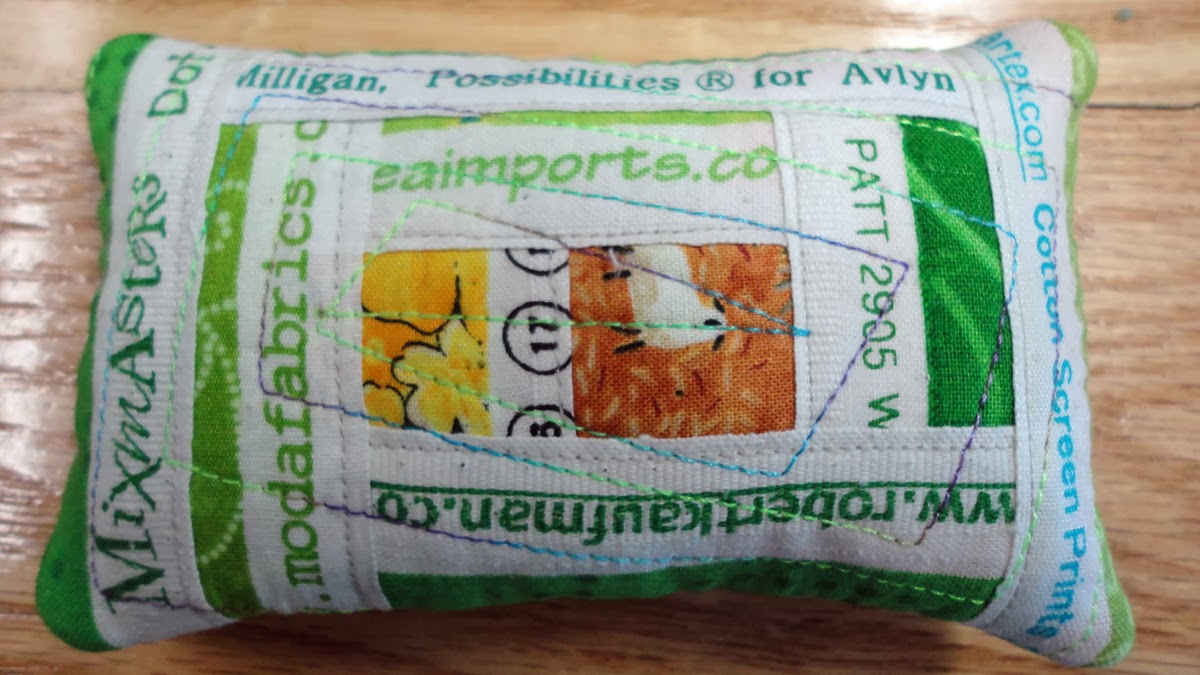 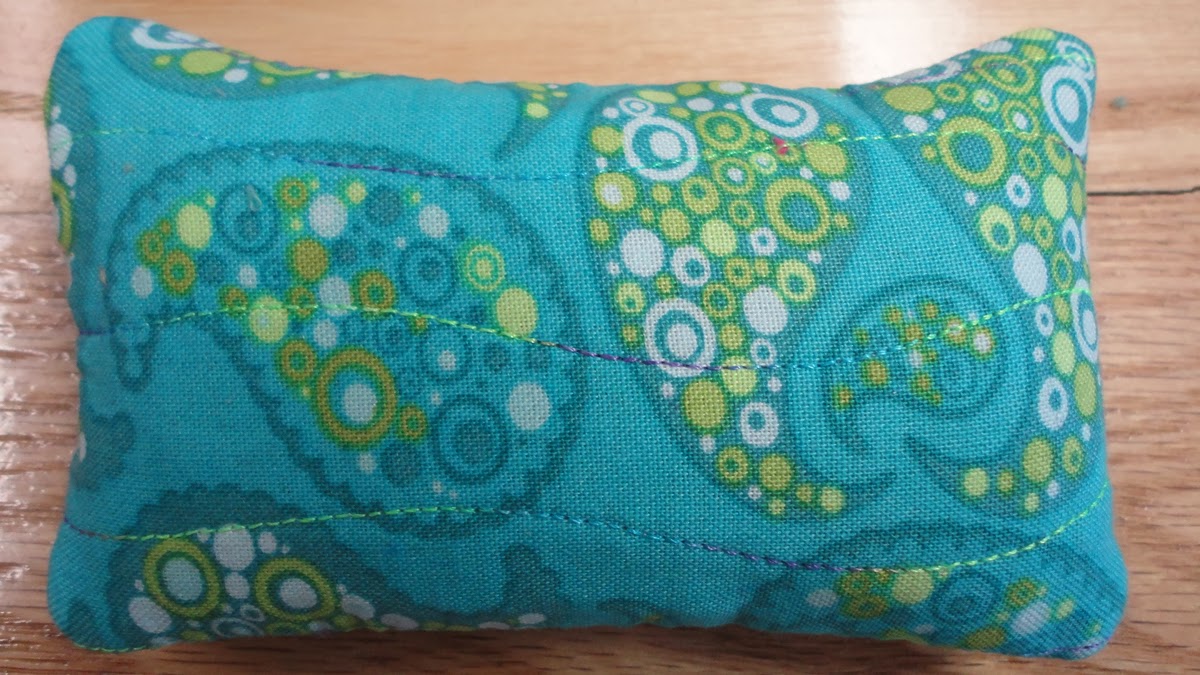 I had fun making the two pincushions for my swap partners. I blogged about the pincushion I made for the December swap partner HERE. I won't post photos of my January pincushion until it arrives at its destination. You can be sure that I am going to make some more pincushions--it is so fun! Bea organized this swap and you can see the variety of pincushions that have been exchanged through her two swaps HERE.

Women of the Bible Block of the Week

I joined the on-line Women of the Bible BOW study. I had seen a few blogs where quilters had mentioned this study and posted their block photos. I worked through the first week's lesson on Eve. Here is the block I made for Eve. I am very happy with the results. I am trying to use the many scraps I have, so my quilt will be scrappy. 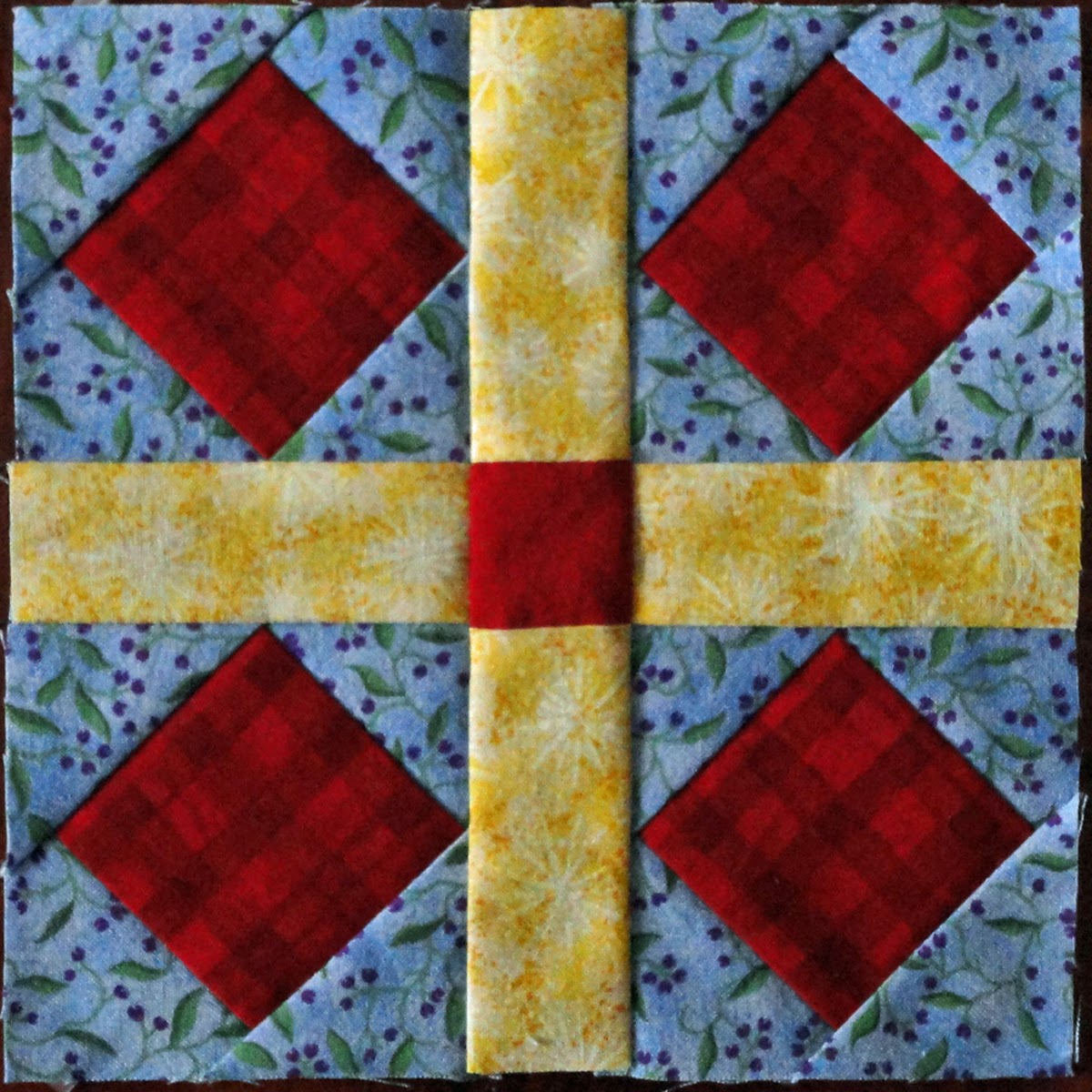 One project that I did not blog about yet was the pillows I made for my nieces and nephews for Christmas. My parents (who are no longer with us) had a bedspread or bedcover made with knotted designs. It was not in the best shape, but I cut 18" squares from it and made pillows. I put zippers on them for easy washing and a nice pillow form I bought from JoAnn Fabrics which had a zipper on the cover. I do not have pictures of the 8 pillows I made, but they all were similar to this one. These 20-something relatives were thrilled to have these and I was very happy to pass on something to them that belonged to their grandparents. 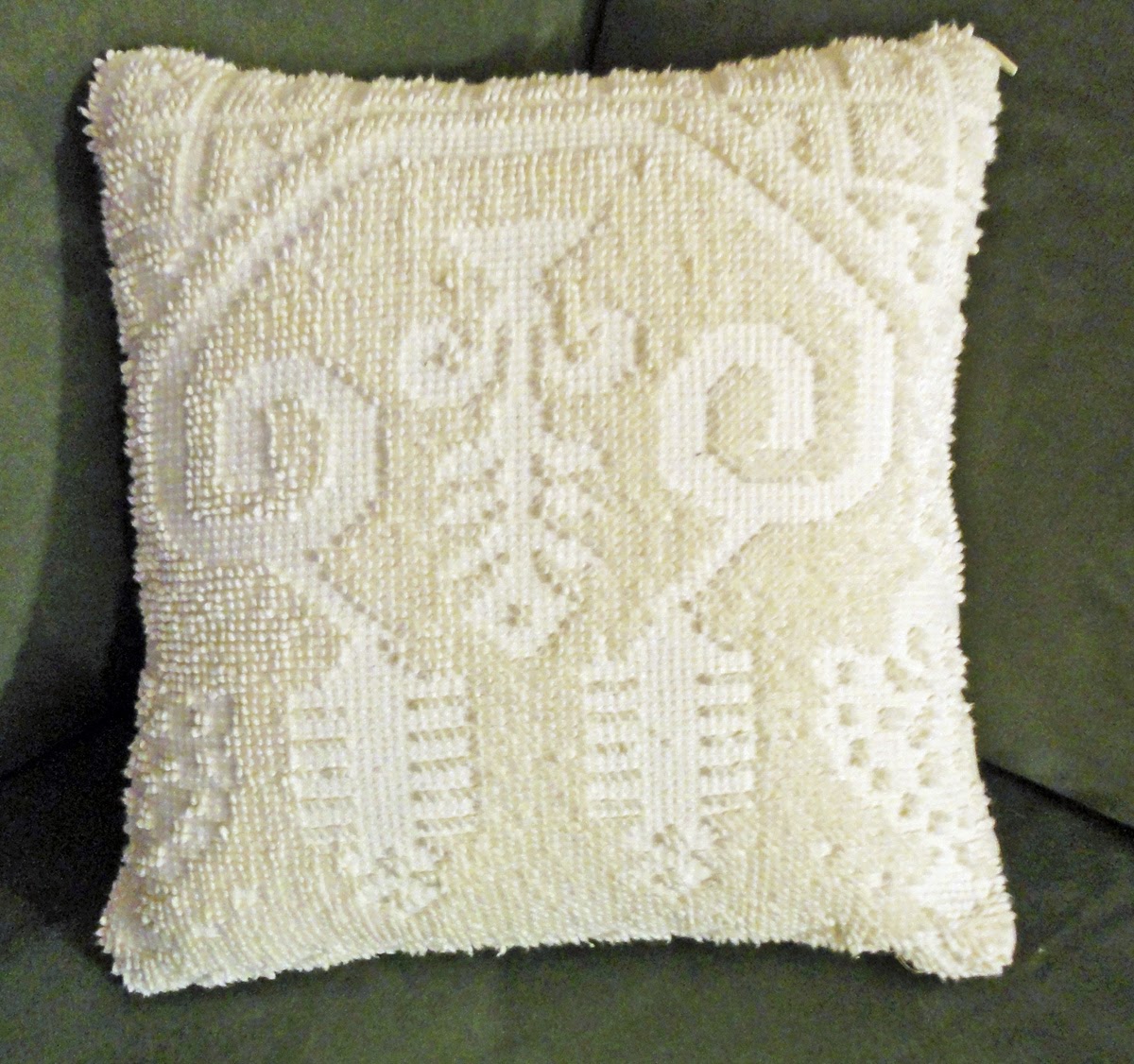 The organizing of my sewing area and storage room is progressing--but slower than I expected. However, I discovered some items I had put away after my dad passed away 5 years ago. In a box were my dad's ties and his Auto Workers Union jacket with its patches and some other patches he had. My goal is to make a pillow for each of my sisters with his ties and a lap quilt for my brother with his Union patches.

Have you ever put something away, only to discover it some years later? Did you complete your project?

Hey, I didn't know you were doing the WOB blocks too?? duh- see I don't put 2 and 2 together from different places..... btw your December link doesn't work

Yes, I am. I am enjoying the time to read a little each day about these women.
I think I have fixed the link.

This is a wonderful thing--this pillow. I wonder what I will find to memorialize my parents? So lovely.