After a continental breakfast at the hotel we departed for the Greenbrier Resort in White Sulphur Springs, West Virginia. It rained during our ride there, but stopped in time for us to get off the bus. (I would link to their website, but the golf classic is the only webpage working at this time.) 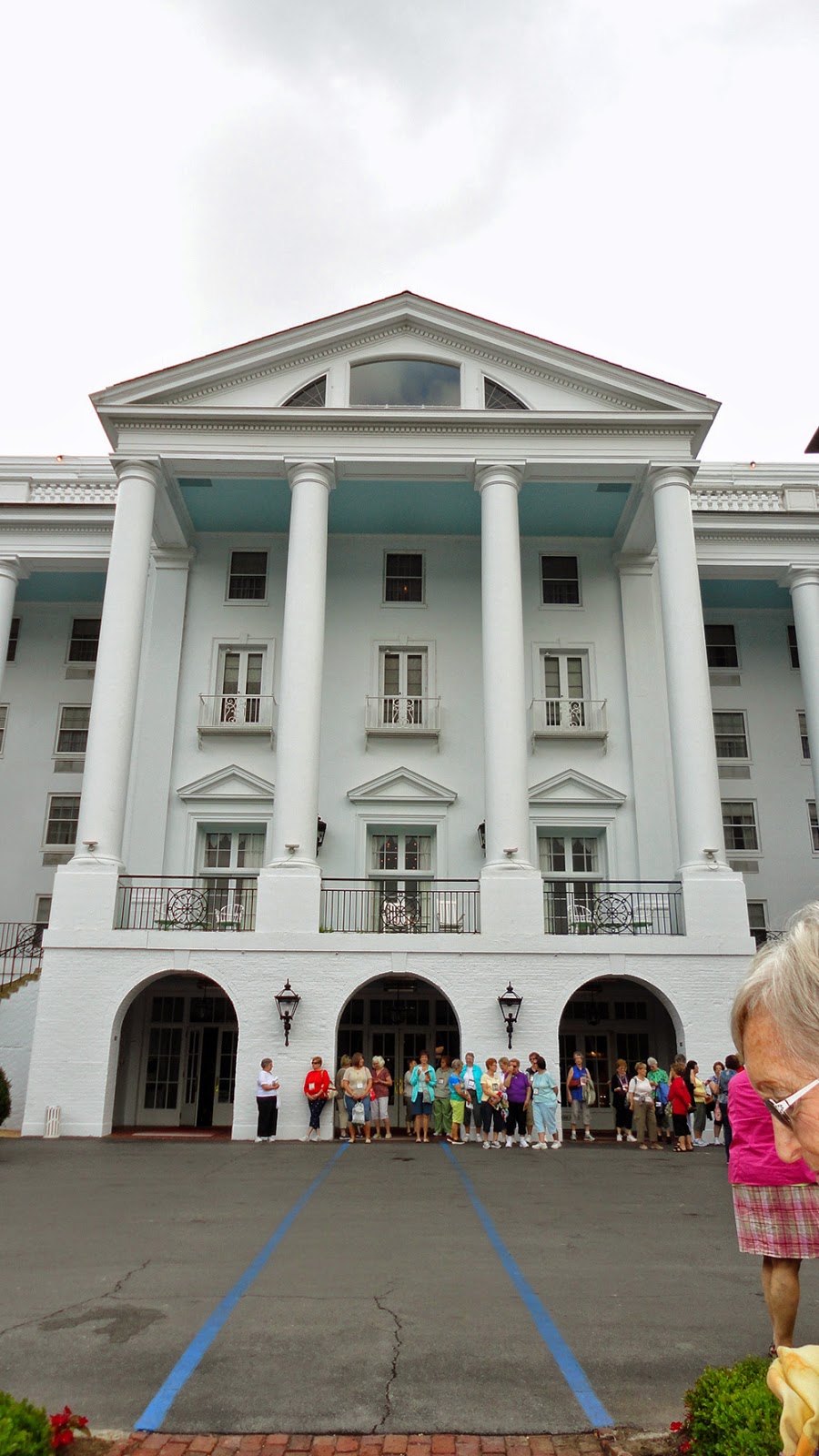 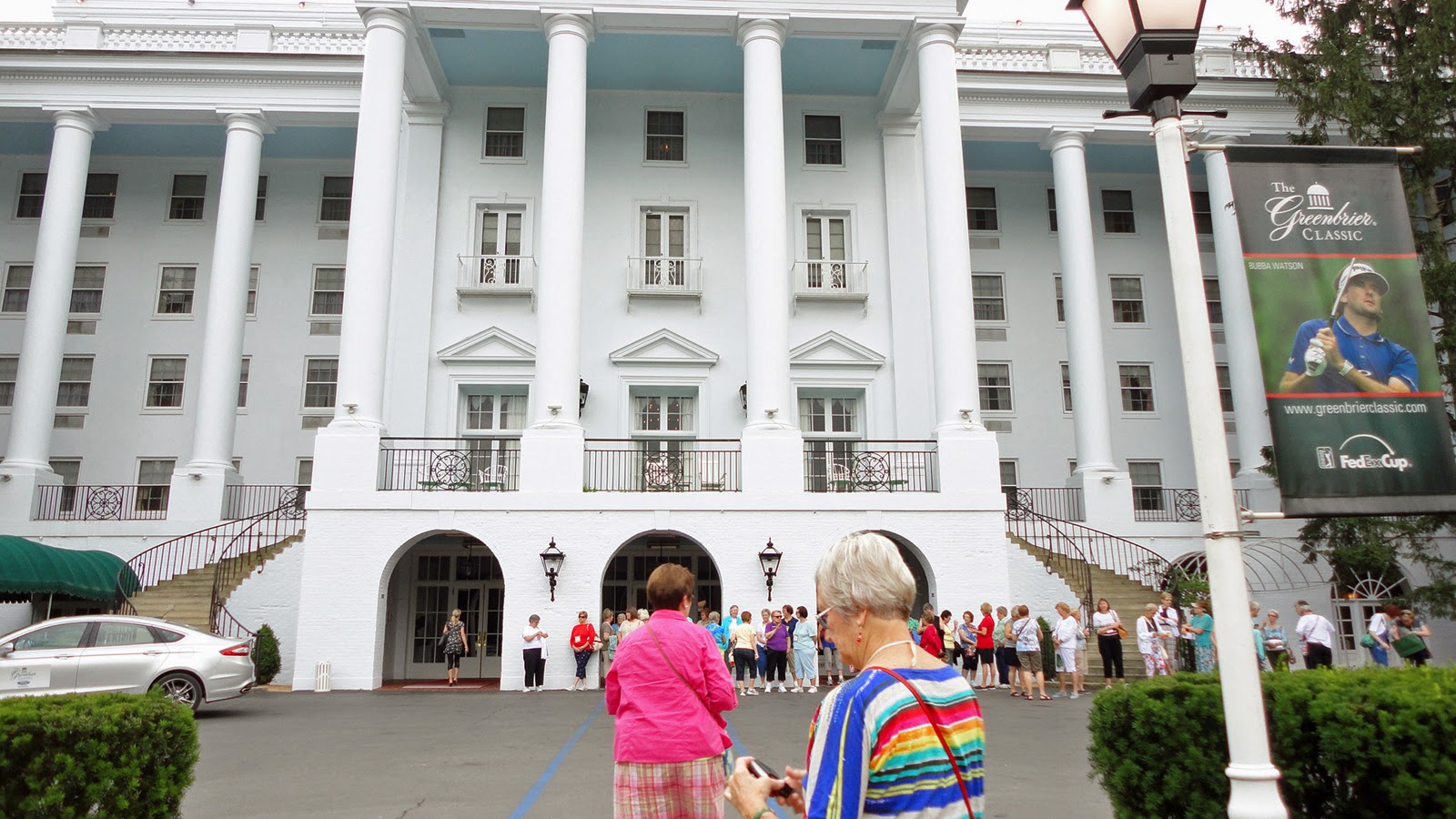 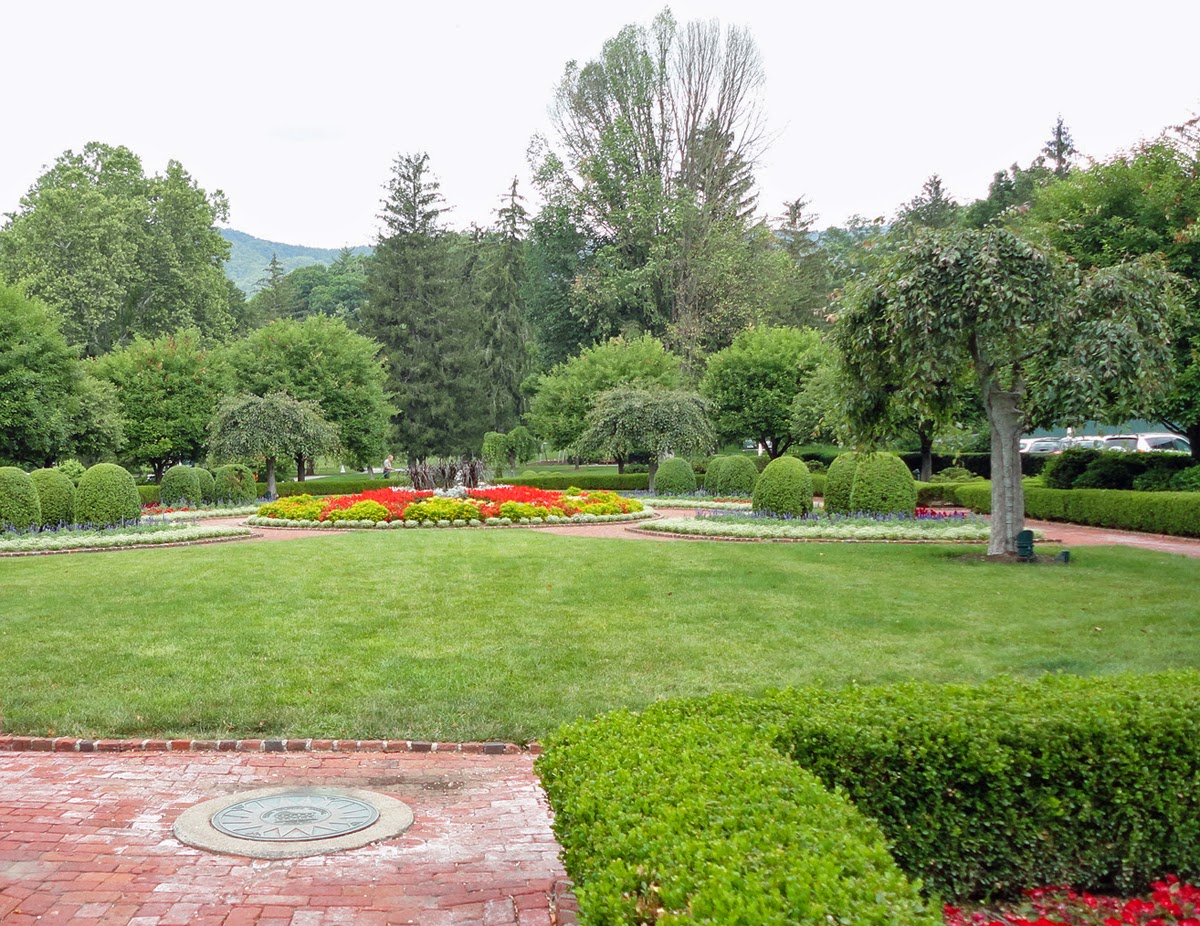 Decor was spectacular and I learned Carleton Varney had a hand in it.
He also decorated The Grand Hotel on Mackinac Island, Michigan. 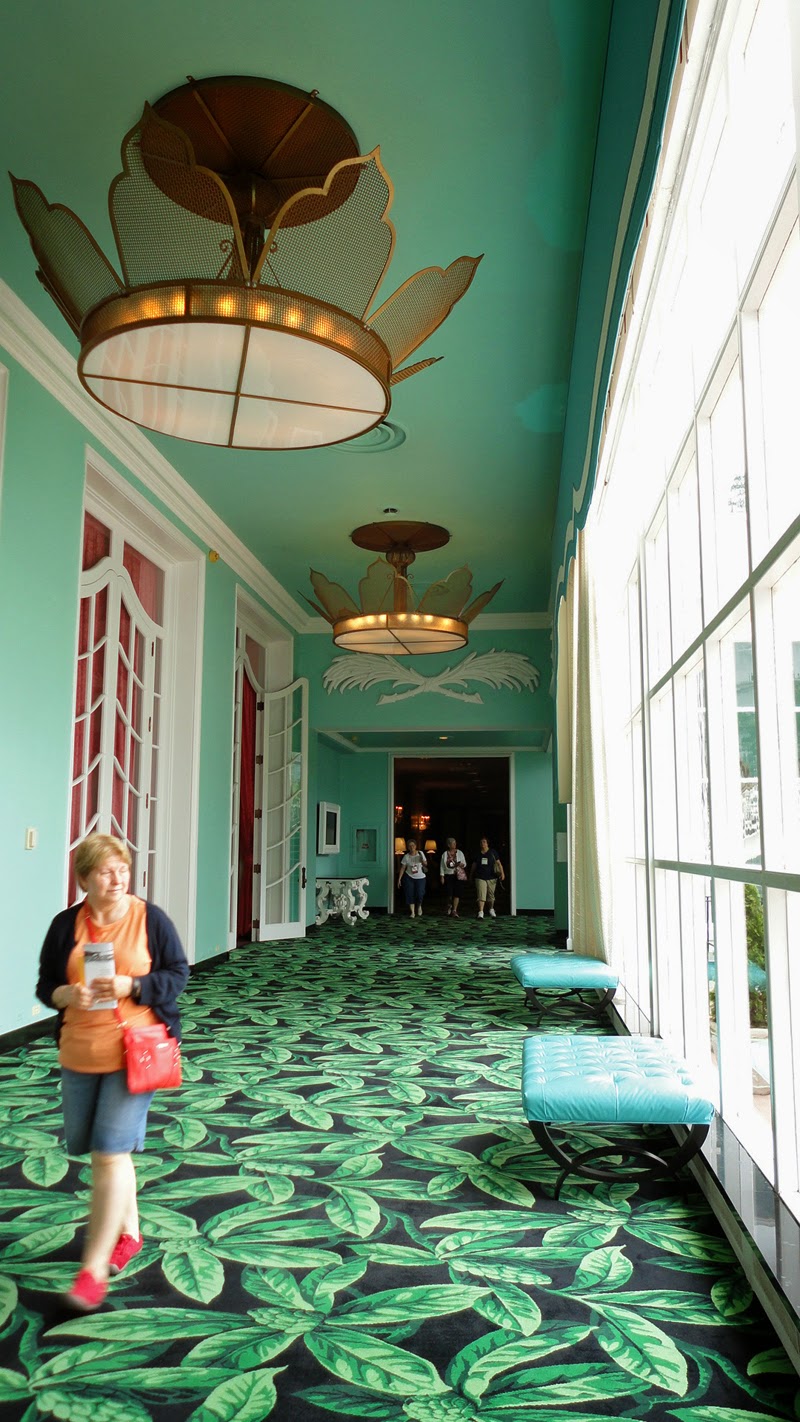 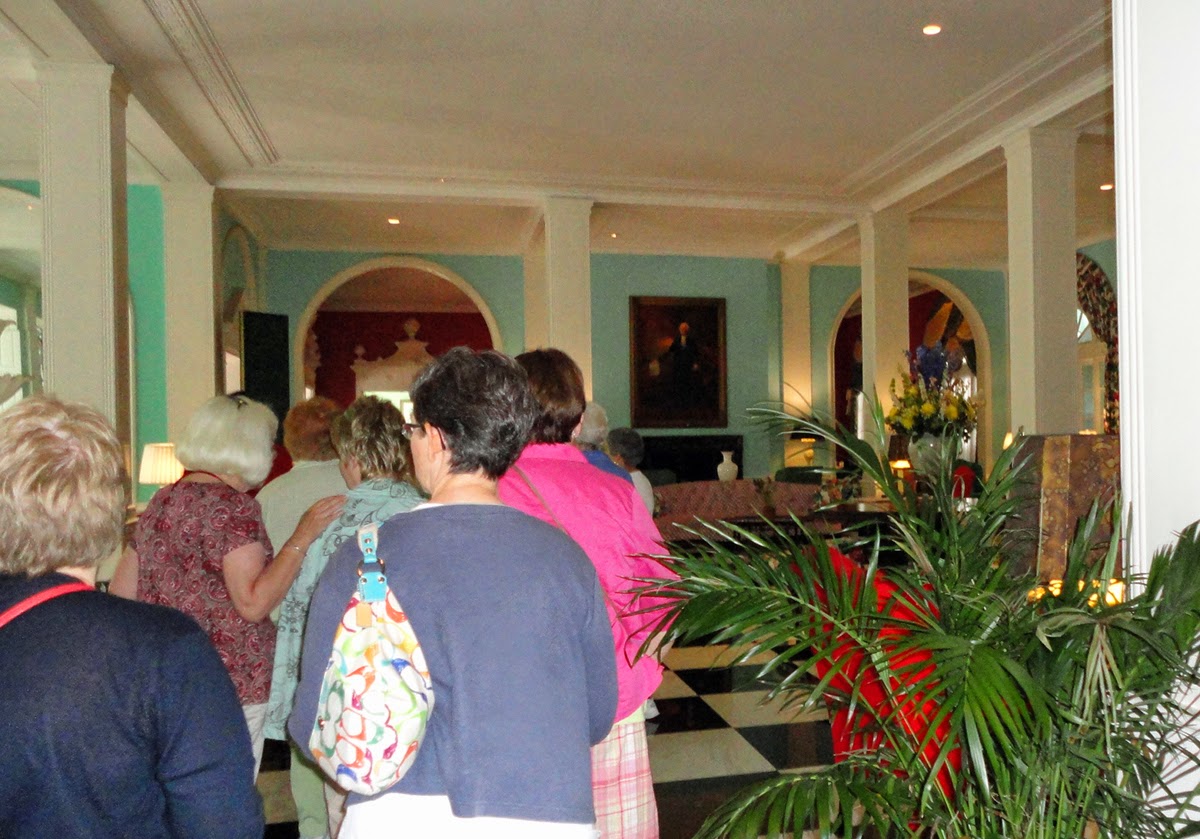 But the resort was not the focus of our tour. We were here to learn about the underground bunker on the grounds. It was built during the same time that an above ground addition was being added to the hotel (1952-69). The bunker was a secret emergency relocation center for Congress and the President in the case of a nuclear holocaost. Its code name was "Project Greek Island."

It was amazing that the existence of the bunker was kept secret until 1992 when Ted Gup of the Washington Post exposed it in an article. The bunker was then decomissioned. Part of the bunker is used for data storage by a private company, while tours are conducted in other parts.

We were not allowed to take photos or do any recording during our tour (our electronic devices were secured during the tour). But perhaps you will be able to take a tour some day. 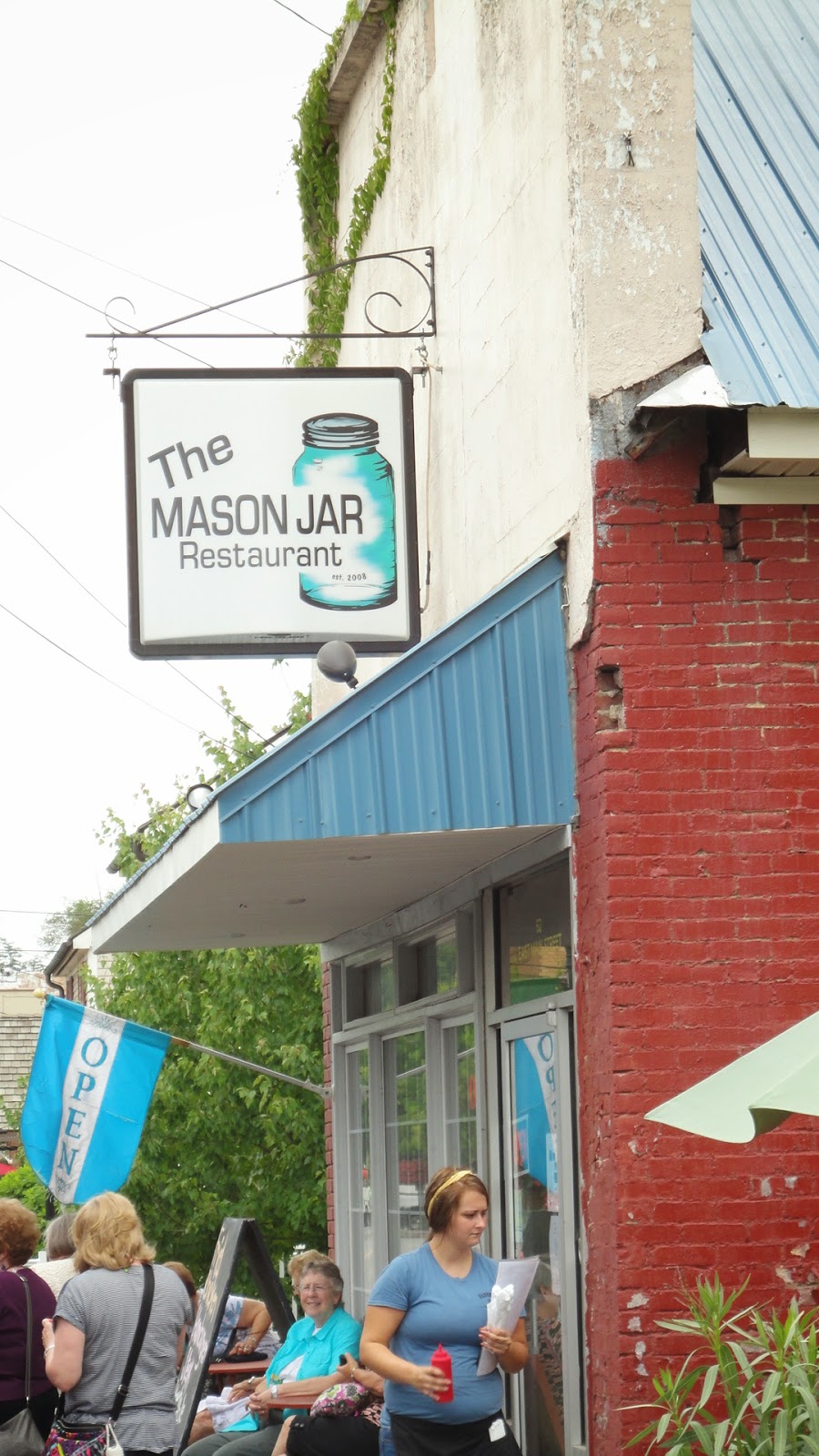 We left Greenbrier Resort for lunch at The Mason Jar in White Sulphur Springs where we had a wonderfully filling buffet with salad fixings, two meats, mashed potatoes, gravy, green beans and then cherry or peach cobblers for dessert.

I will continue tomorrow with the rest of the day's stops.

Email ThisBlogThis!Share to TwitterShare to FacebookShare to Pinterest
Style: Greenbrier Resort, the Bunker, The Mason Jar