The Rock and Roll Hall of Fame is a place I did not think I would have ever visited. But it was on the itinerary, so I gave it a go.

I was impressed with the building itself--so unique. 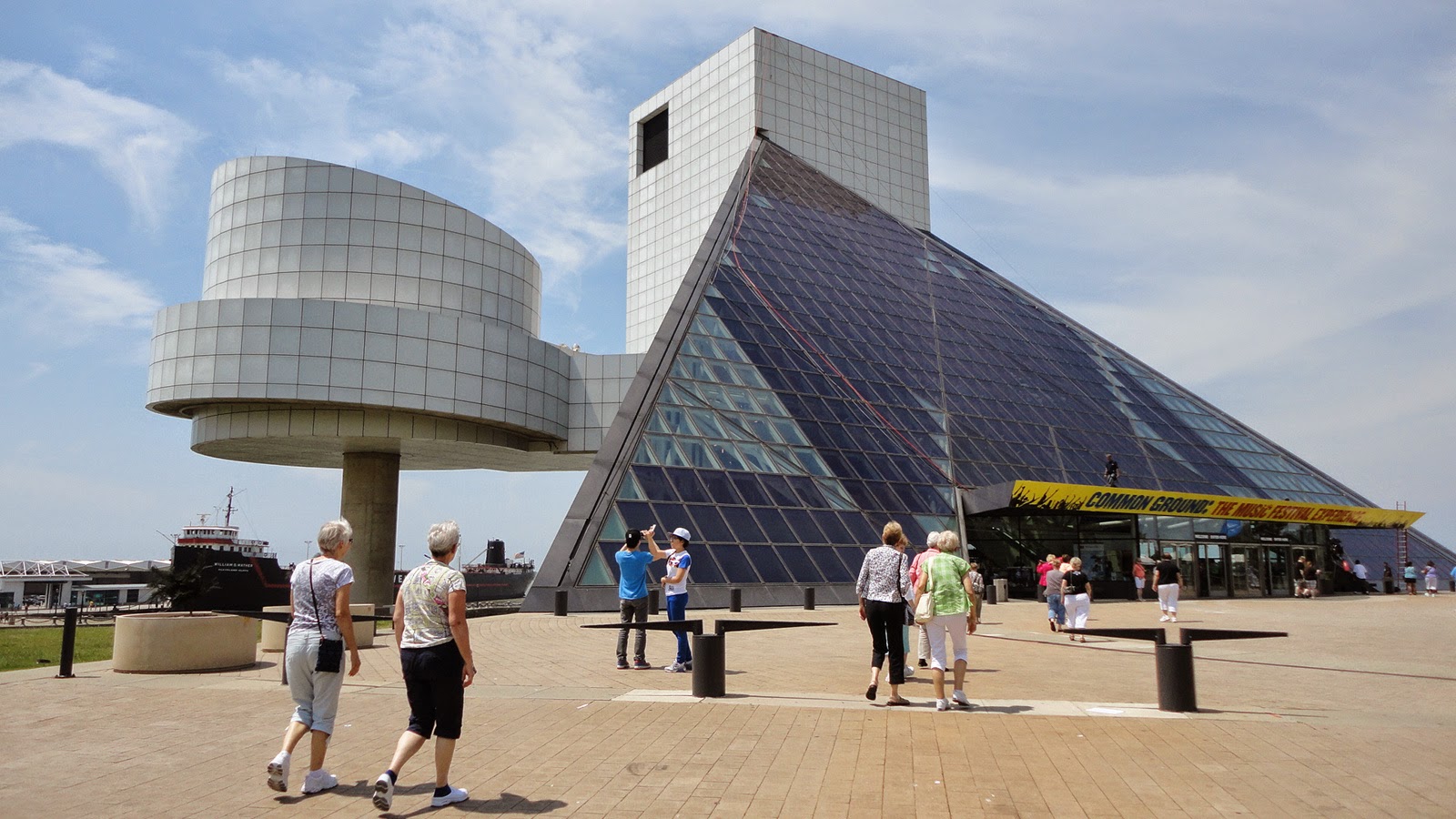 I read the information on the website regarding the architecture of the museum. From the website I learned it "is a striking state-of-the-art facility that rises above the shores of .  It is a composition of bold geometric forms and dynamic cantilevered spaces that are anchored by a 162-foot tower.  The tower supports a dual-triangular-shaped glass “tent" that extends (at its base) onto a 65,000 square-foot plaza, providing a dramatic main entry facade." 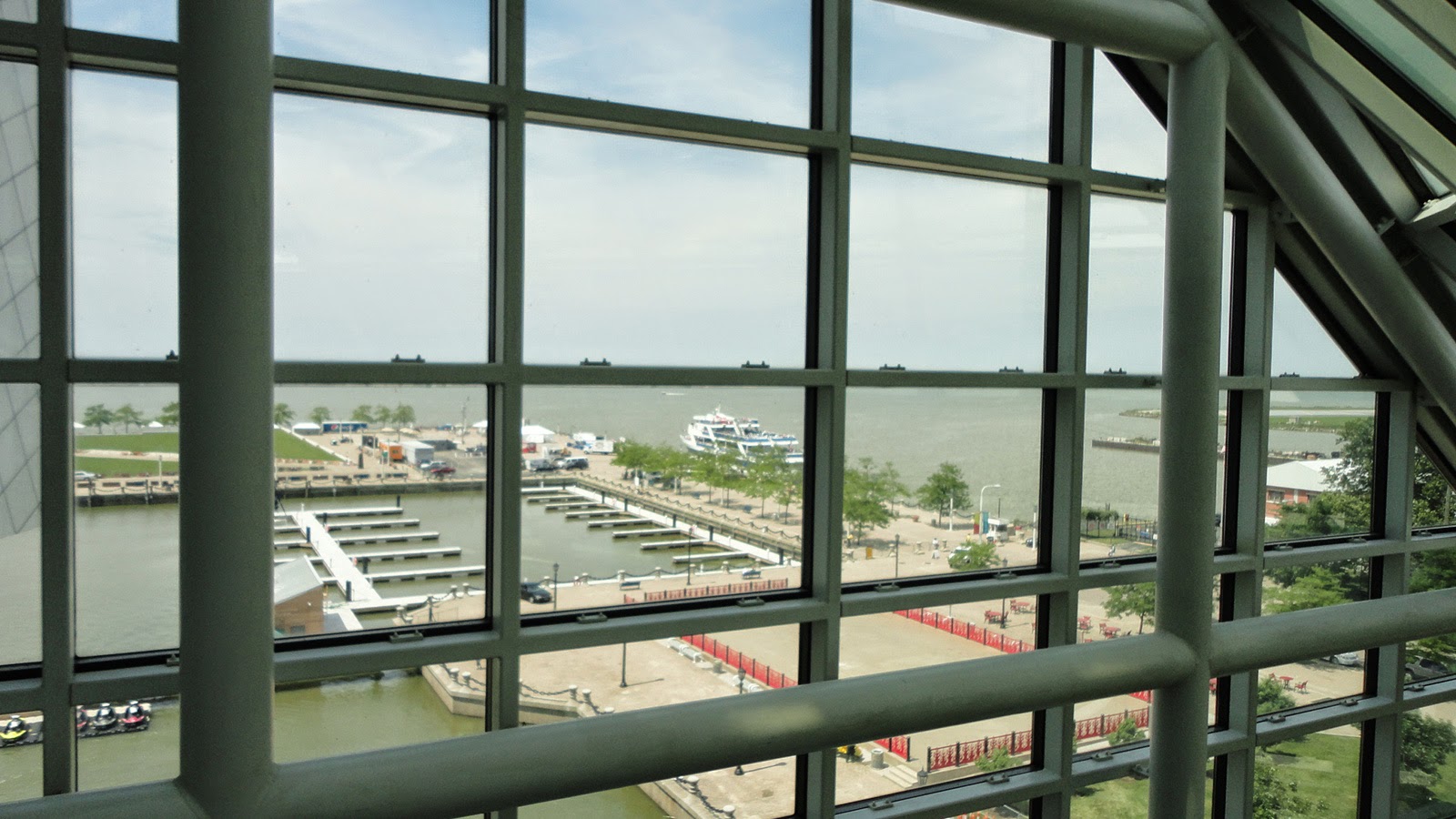 It was designed by I.M.Pei, who is a world-wide acclaimed architect. He said, "In designing this building,it was my intention to echo the energy of rock and roll.  I have consciously used an architectural vocabulary that is bold and new, and I hope the building will become a dramatic landmark for the city of and for fans of rock and roll around the world."

Knowing this helps me appreciate the look of the museum, because architects, like quilters, express their ideas and concepts through their projects.

I have never been in Cleveland, so after we got off the bus, I had to take a look around. 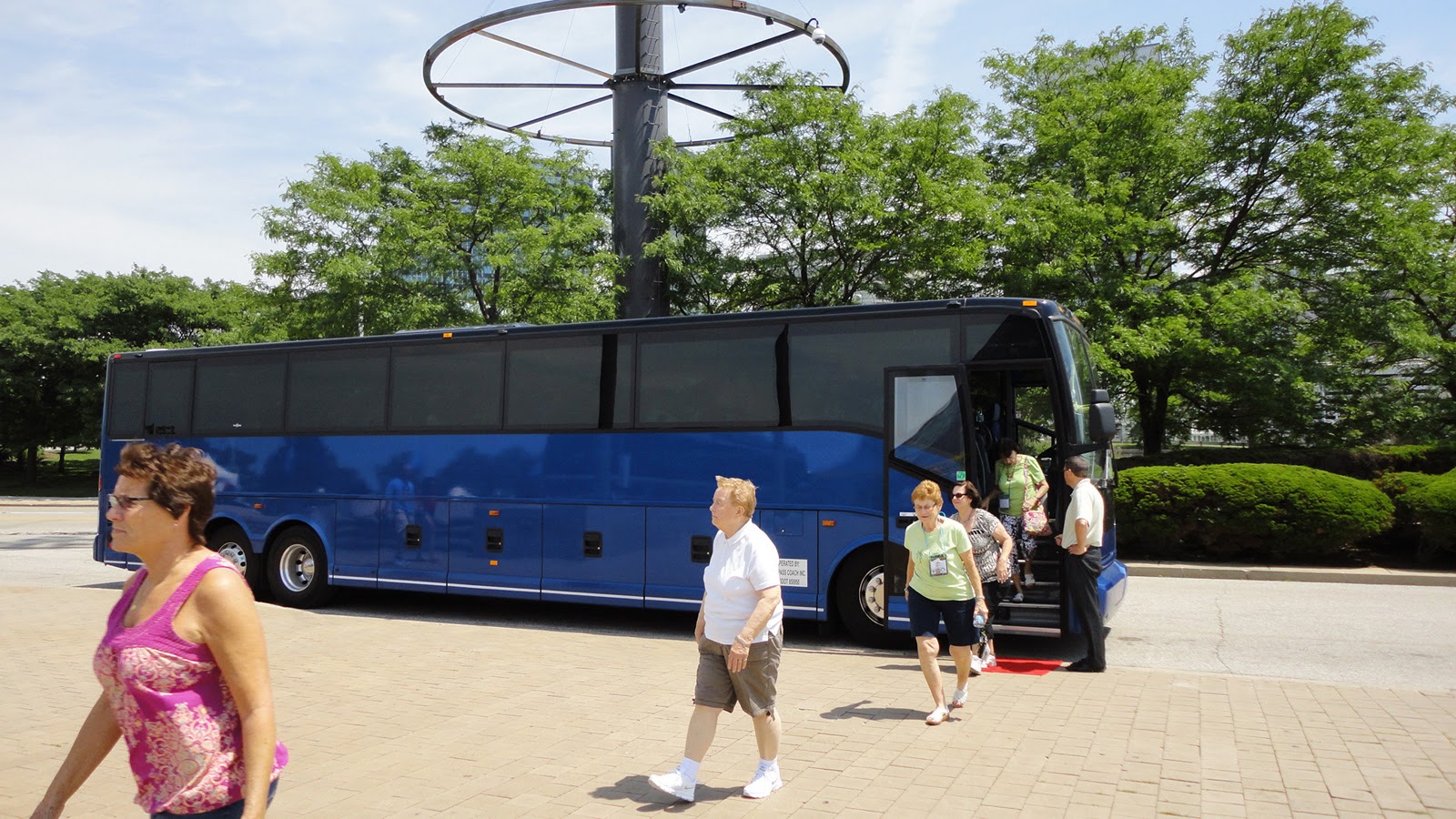 Well, into the museum we went with 1-1/2 hours to explore. 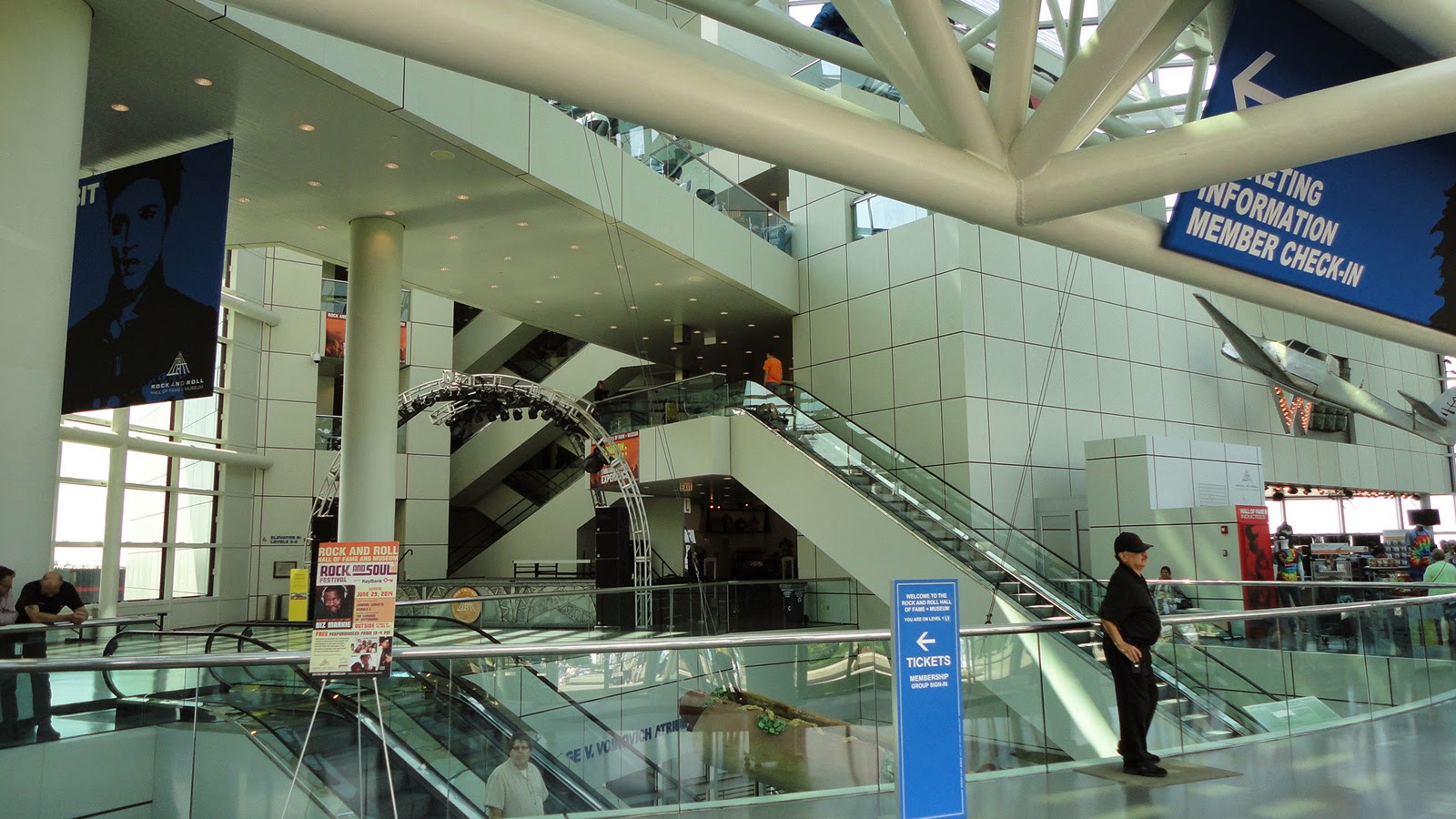 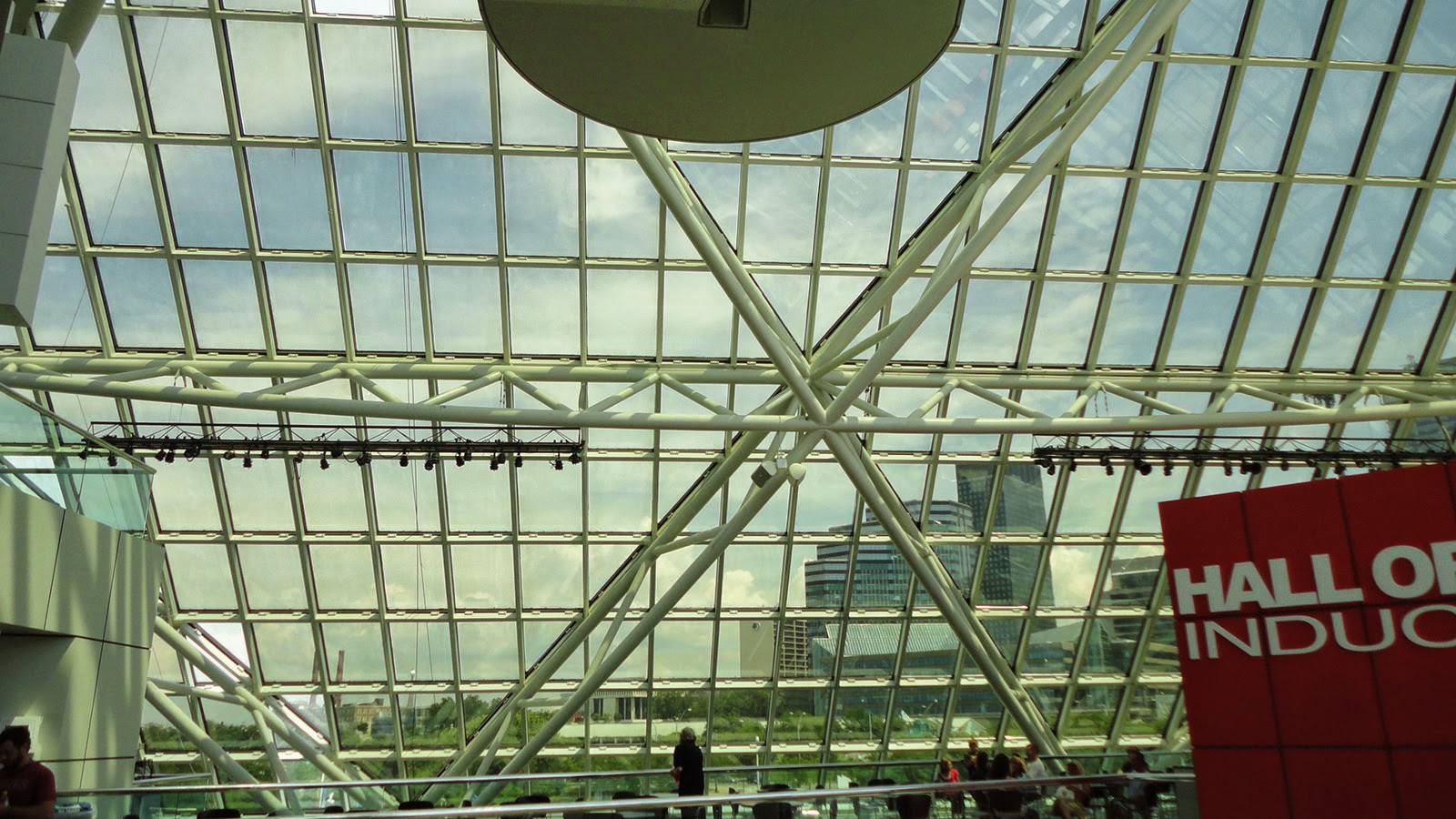 I started from the upper levels and worked my way down.  I found on a lower level two exhibits I really enjoyed: the 12 minute introductory film Mystery Train and the hall explaining The Roots of Rock: Blues, Gospel, R&B, Country, and Folk.

I did not take photos of all the exhibits (in some exhibits, no photography was allowed). But I will share just a few of the photos I took that brought back memories of long ago (I date myself). 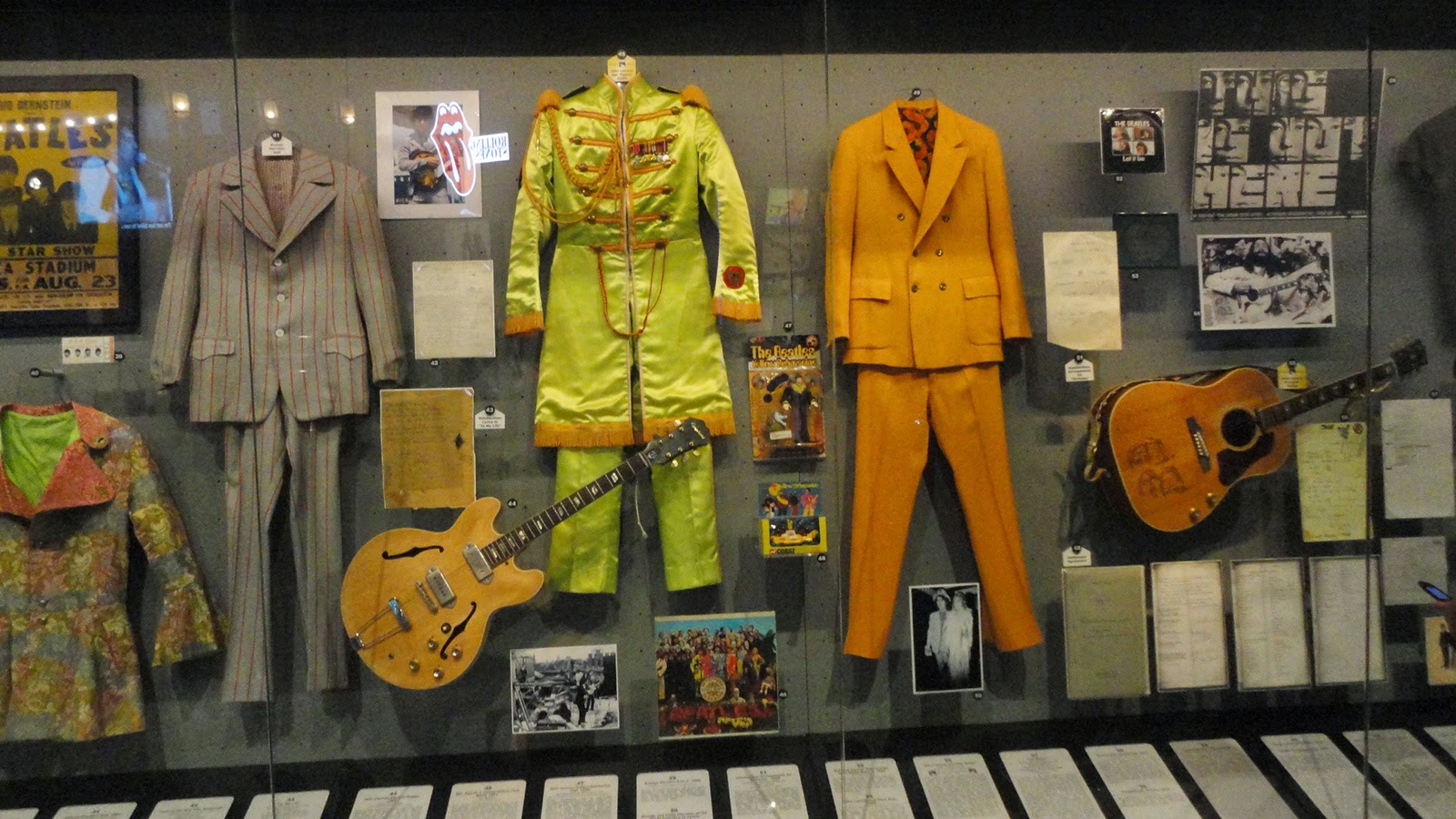 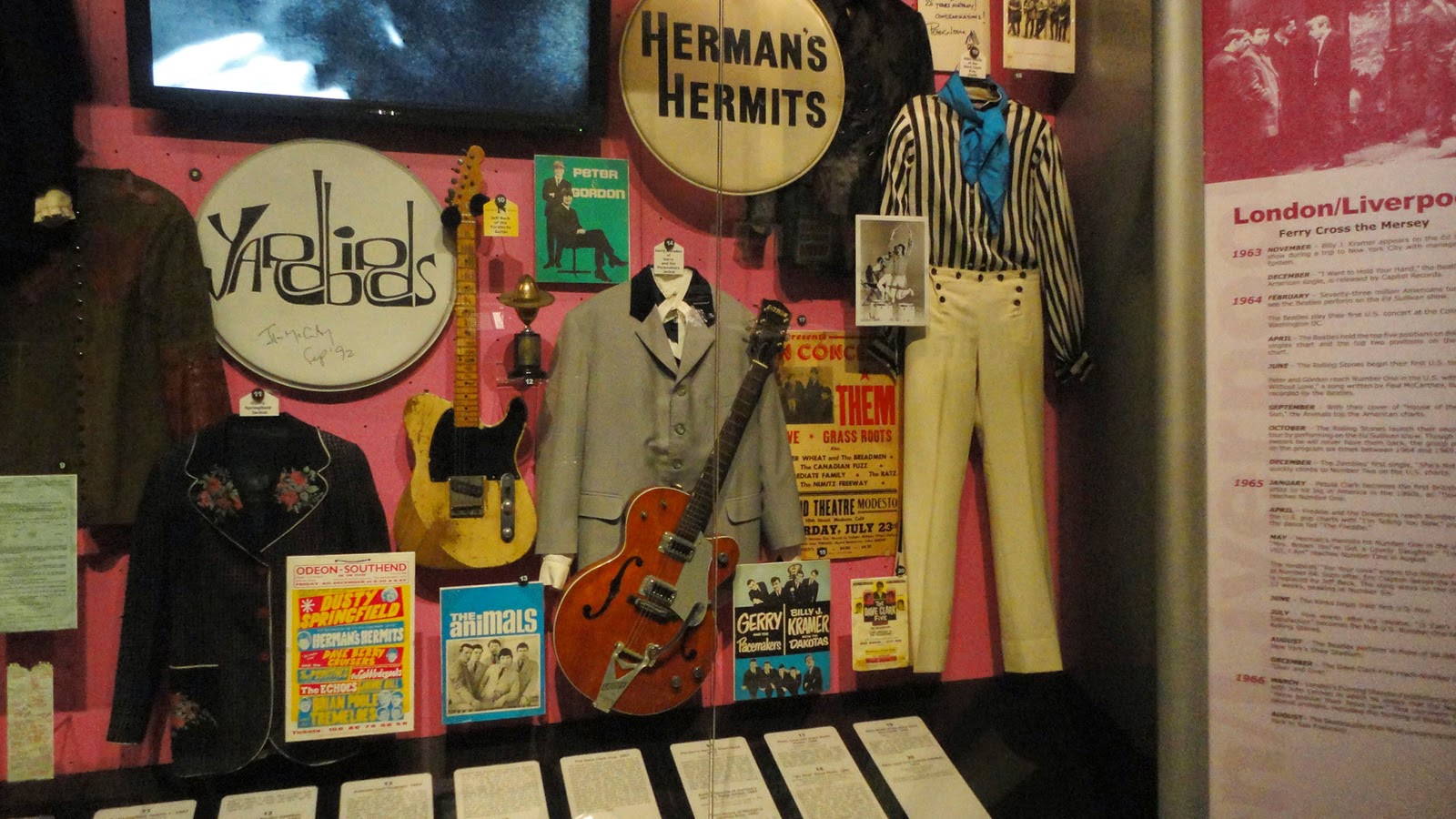 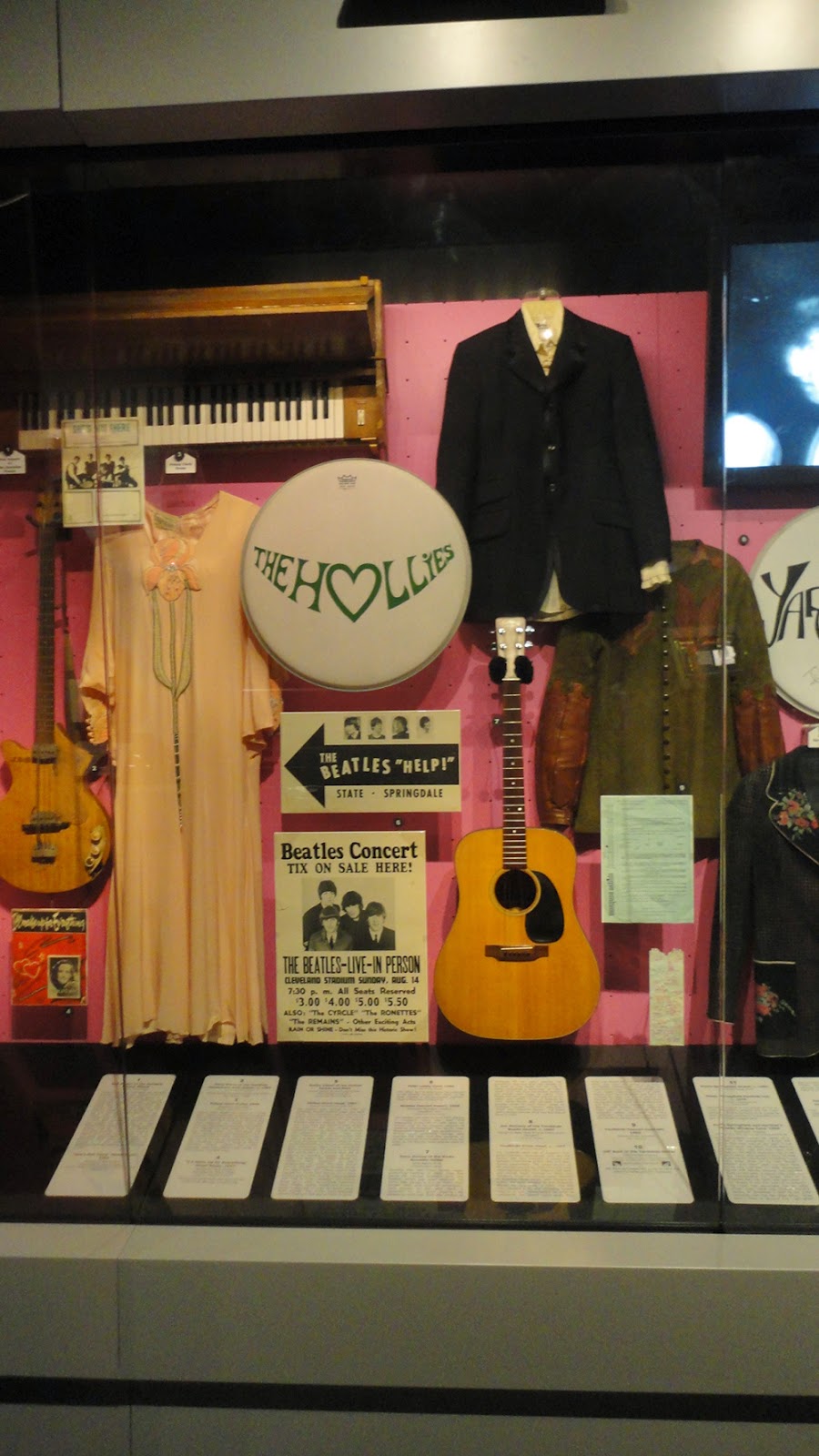 The exhibit showing old radios, reel to reel tape players, 8 track players, etc. was very interesting to me. Guess I get that from my dad who was always tinkering with different tools and gadgets while I was growing up.

My next post includes another quilt stop and dinner in Little Italy.

Email ThisBlogThis!Share to TwitterShare to FacebookShare to Pinterest
Style: Rock and Roll Hall of Fame