Cleveland, Here We Come. . . By Way of Quilt Stores

We were up early in order to get to Schoolhouse Quilt Shoppe in Canton, Ohio. This is "home" to Judie Rothermel, designer for Marcus Brothers Textiles since 1987! Some of her more notable collections include Aunt Grace, Baltimore Album and various Civil War prints.

We had NO idea that Judie would actually be at the store to visit with us--but she was! She is a lovely person. I did ask permission to take photos and told her I would like to blog about her store. She granted me permission (thank you, Judie).

She even cut the green fabric I bought. (I hoped it might match the old linen tablecloth my mother had that covered the card table years ago.) 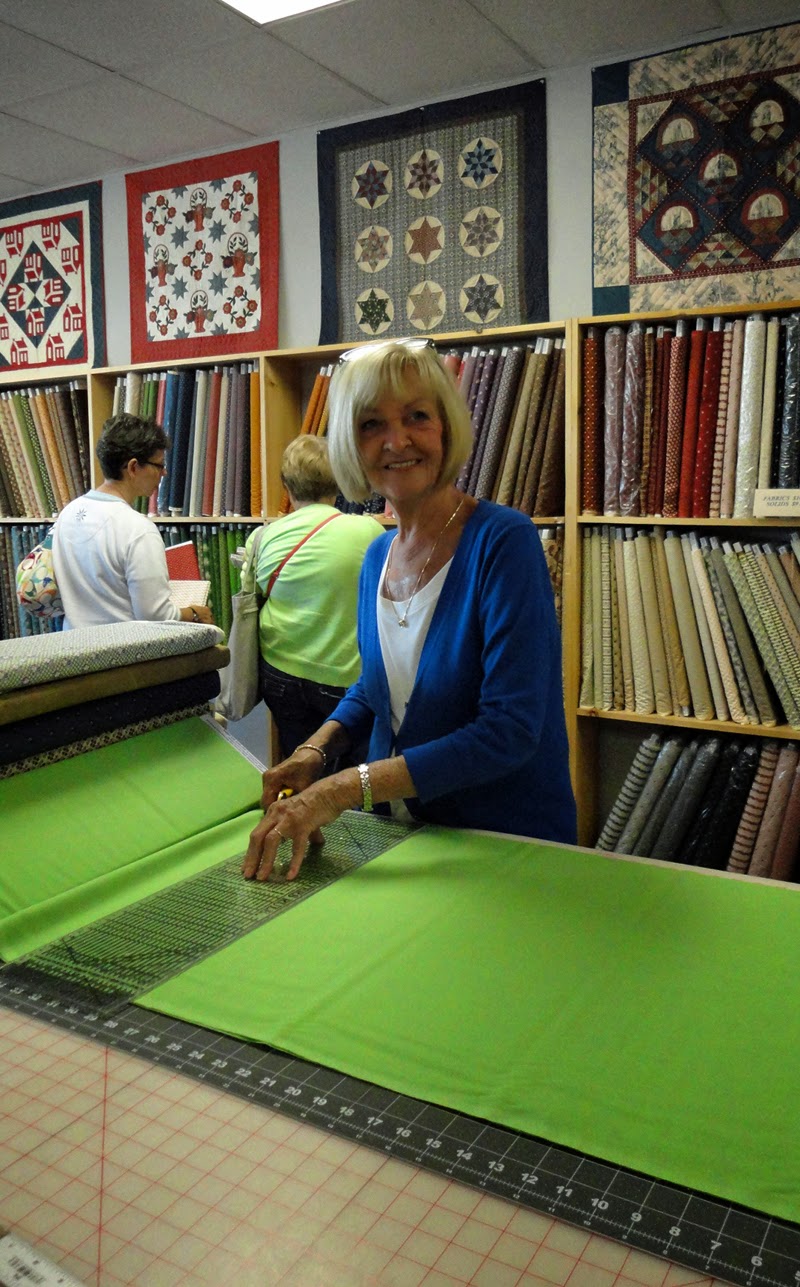 The store was relocated just days before we came. The former site was being demolished to build a fast food restaurant (I won't mention which one). But Judie and her crew had things looking as if they had been there for a while. And I must say, they are a very efficient staff when it came to helping 56 quilters with their selections.

The only fabrics you will find in her store are those she designs. She has her books, patterns, tools and kits available, too. I will let you take a peek at what we got to touch and the quilt eye candy displayed throughout. 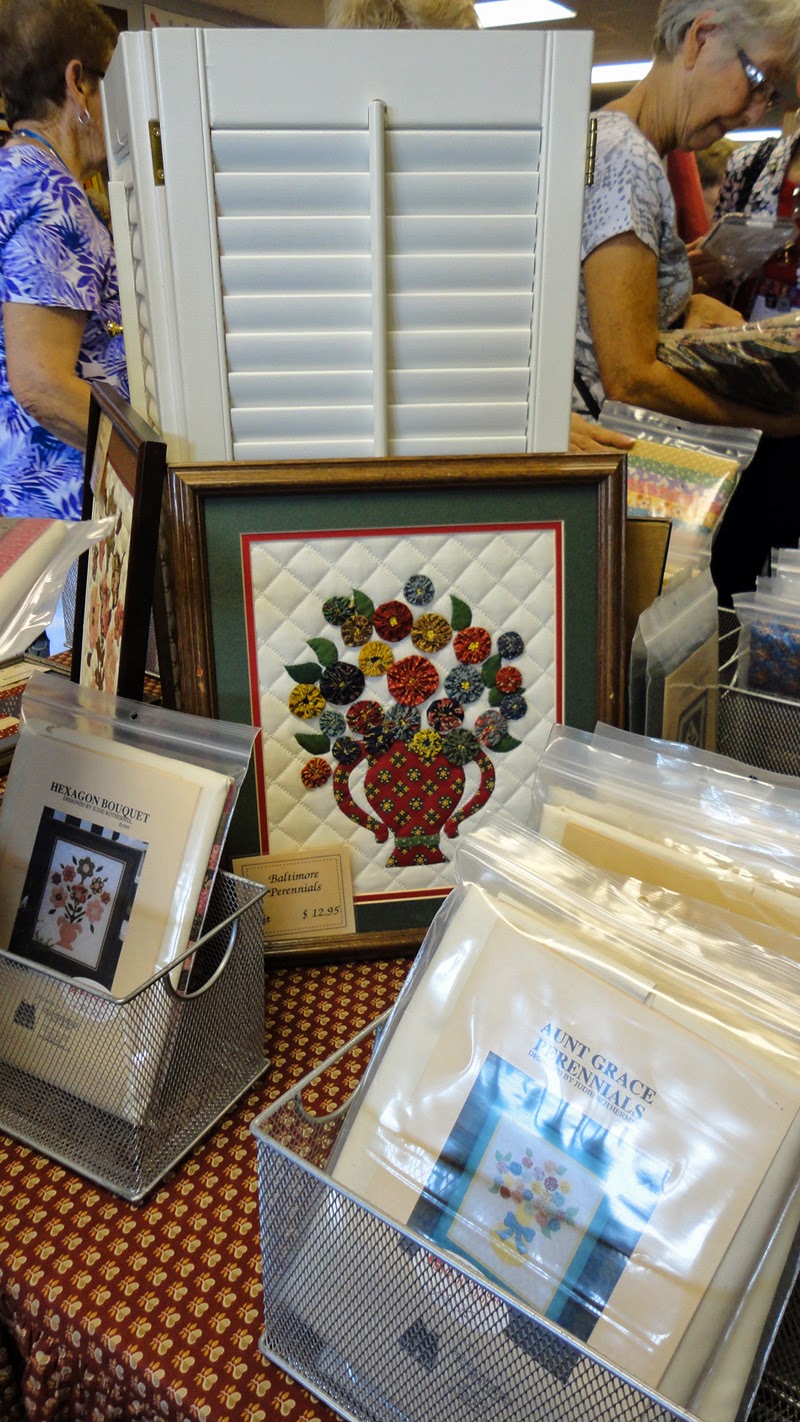 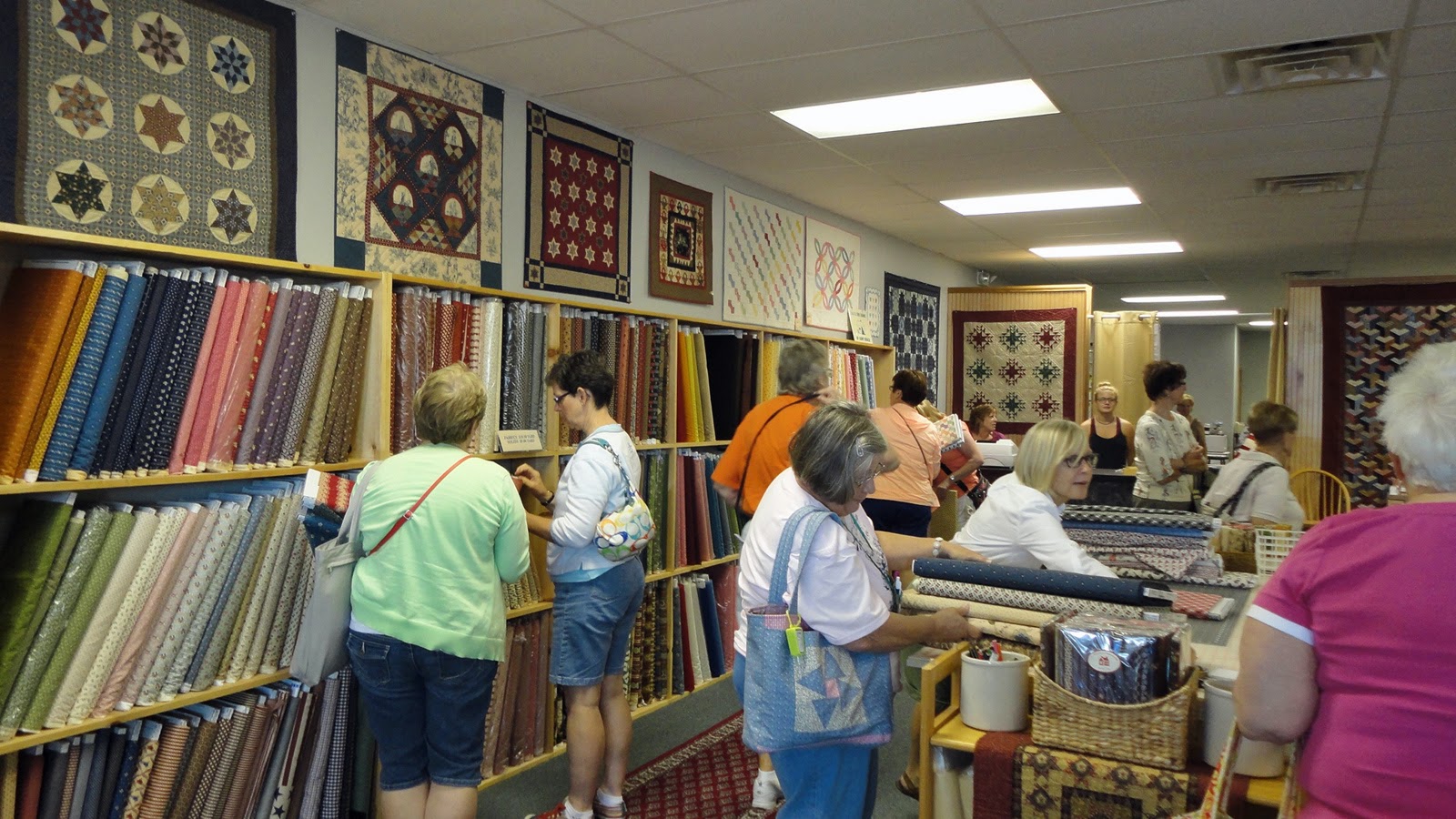 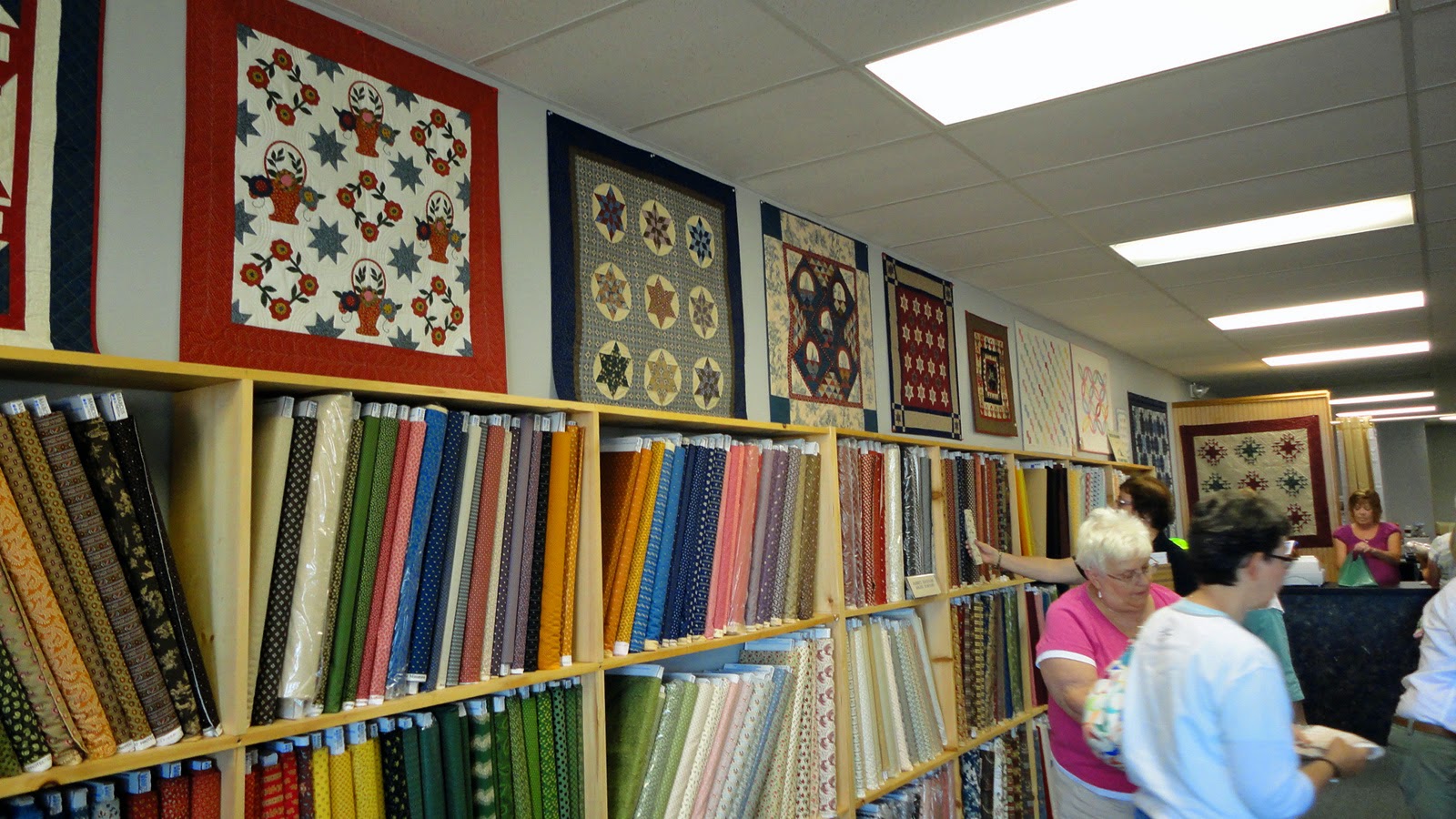 We had a wonderful shopping trip at Schoolhouse Quilt Shoppe. Thank you, Judie and staff. We thank you, also, for the use of the table which our guide set up outside in front of the store for us to fill our plates with pizza for our lunch prior to leaving.

Some of us finished shopping early, so we visited Bead Boutique which was just a few doors from Judie's shoppe. While I don't make jewelry, I do use beads for embellishments on quilts. I found a few in a sale box. Not sure where I will use them yet, but I will be prepared!

Thanks for the look at Judie's Shop and hearing about all the fun you had there!